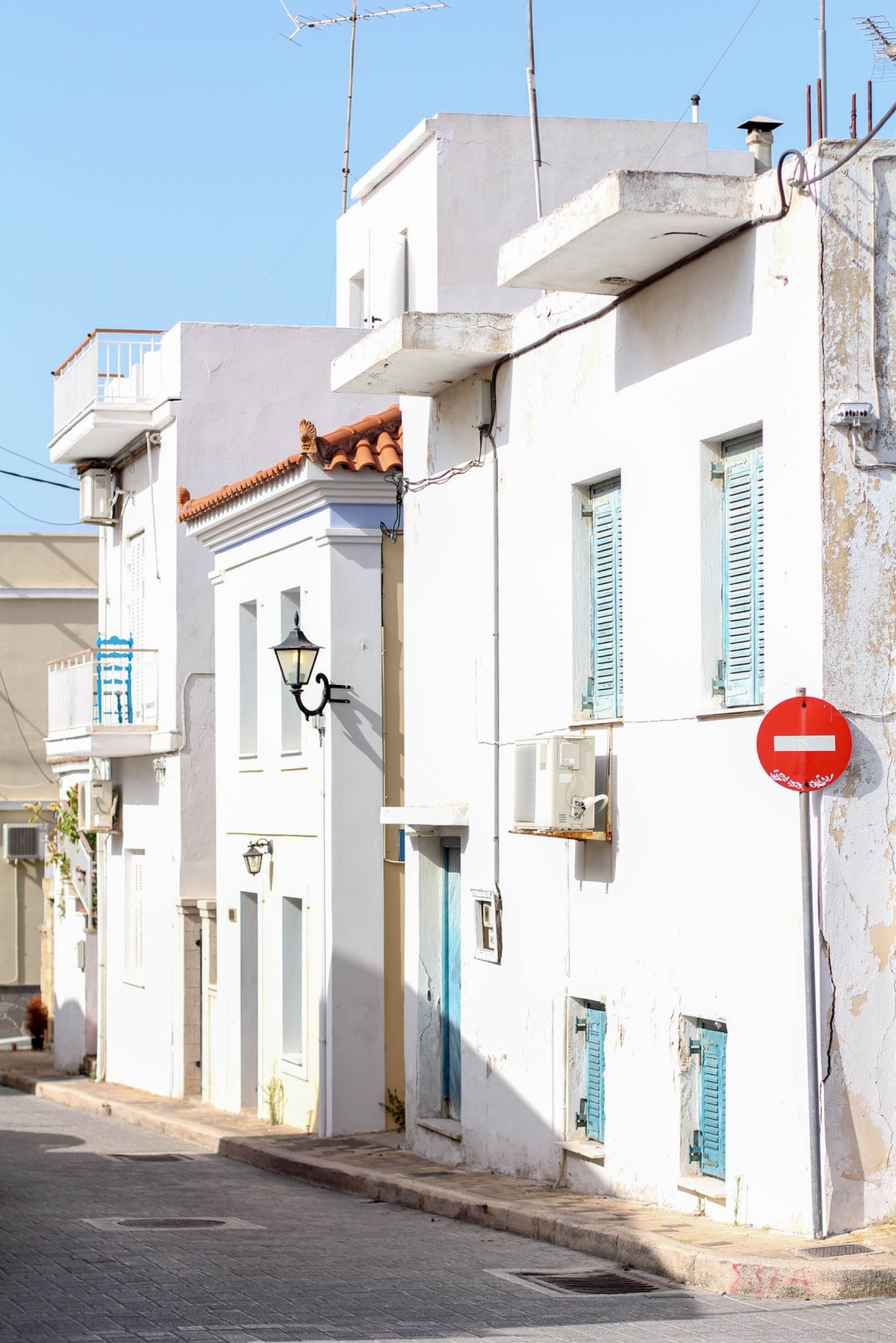 Last year we started playing with the idea of taking my niece with us on a seaside holiday, but since we don’t meet as often and she’s a child, we decided to ask my mom to come, too, so Diana could feel safe and we could sleep on our own. 😉 Haha!  END_OF_DOCUMENT_TOKEN_TO_BE_REPLACED

“This makes me want to sell all my possessions and become a bum”, my darling says. I nod. I’ve been bit by the traveling bug more than ever before. This time in a different way, ’cause most of the places I visit, I want to stay. Whereas now I remember saying quite a few times- I could never live here, I just don’t see the appeal. And I meant it. I loved Morocco as a destination, but it’s too chaotic for me to ever imagine living there. And they don’t have booze everywhere! Haha!

A colleague of mine said something else that stuck- Morocco is one of those places you end up liking after you’ve come home. I think I know what he meant- you need to digest all these impressions, or else they’ll take the best of you. For my part, in my mind, I never left. The contrast to Oslo is huge- here it’s cold, dark and frozen- no chirping birds, no nothing and there won’t be anything until some time in April.

Back there life was easy, for a tourist, at least, although I did get very tired the first few days. 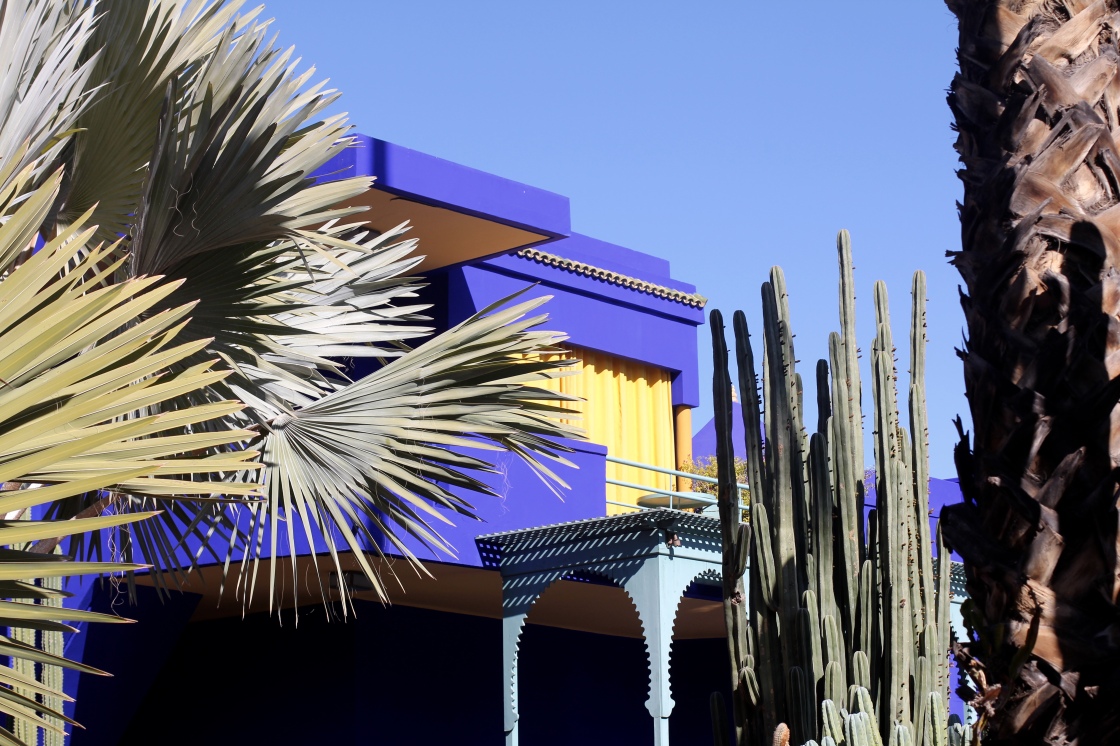 But let me tell you about the things you definitely shouldn’t miss. You should visit Le jardin Majorelle, in which this blue wonder resides, you’ve guessed. It’s an amazing garden with exotic plants and a sense of peace that Yves Saint Laurent and his partner Pierre Berger purchased and brought back to its former glory. Unfortunately there’s quite a que, so try to come a bit early (we didn’t! 😦 ). The good part is you can buy tickets for both Le jardin Majorelle and the YSL museum, so at least it’ll be worth your while. 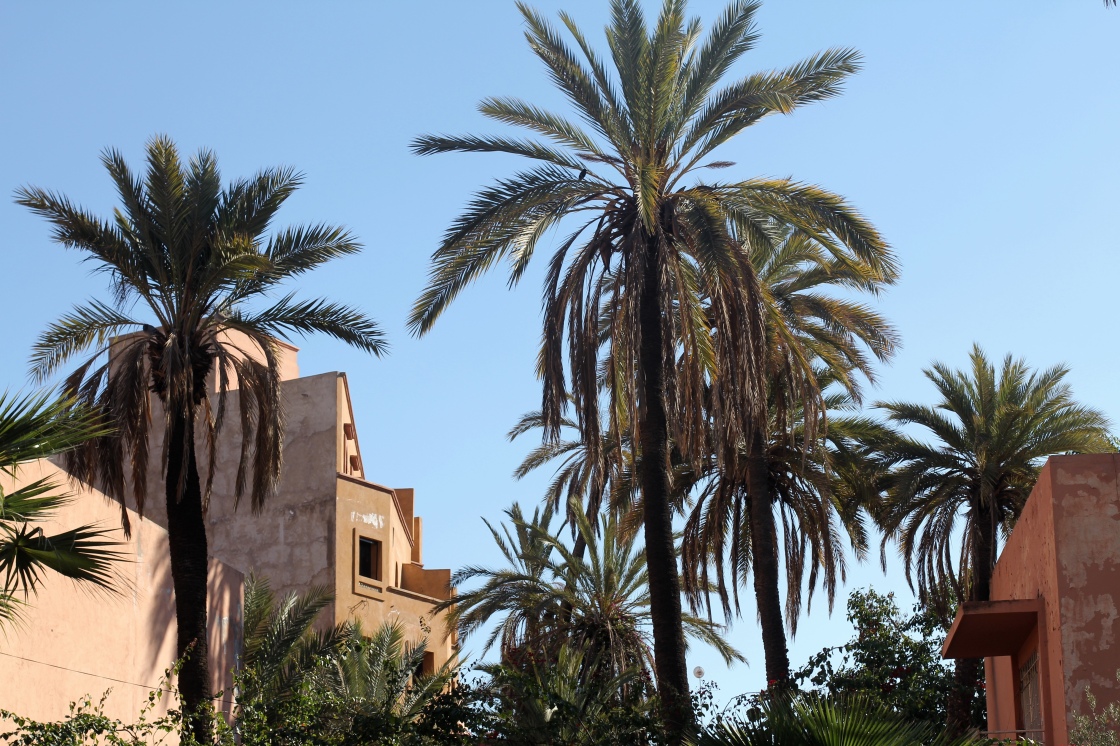 Lunch and shopping in Guéliz is also a good idea. You can do it on the first day, as we did, or after a couple of days of wandering around in the medina, when you’ll find it a well-deserved break from all the chaos. Go crazy on shoes at Atika, buy your argan oil by Le Jardin Majorelle (I don’t remember the name of the shop, but there’s a chow chow outside it most of the time), then lunch at Grand café de la Poste – the marinated sardines were amazing and they make a mean tarte tatin au cocotte! They also serve alcohol inside, but that time we stuck to orange juice, which in Morocco, by the way, is the best I’ve ever had!

The nicest restaurant we’ve been to is Le Jardin, in the old town. We went there twice in a row and the food was fresh and delicious. But it’s the atmosphere that sets it above the others- they have live music (and otherwise pretty funky music), chandeliers and the garden is a desert blessing, too. Check out the lemon tart! 😉

If you come to Morocco, do your best to buy a carpet. There are so many amazing rugs and I assure you your neighbor won’t have the exact same one! I hear having a guide with you is best, I myself don’t like to set myself in debt to someone (the riad owner) and so we did the bargaining ourselves. I read somewhere that Moroccans inflate the price 3 to 10 times, we payed almost half of what they asked originally and were happy with our deal, although a guide might have gotten us a better one. 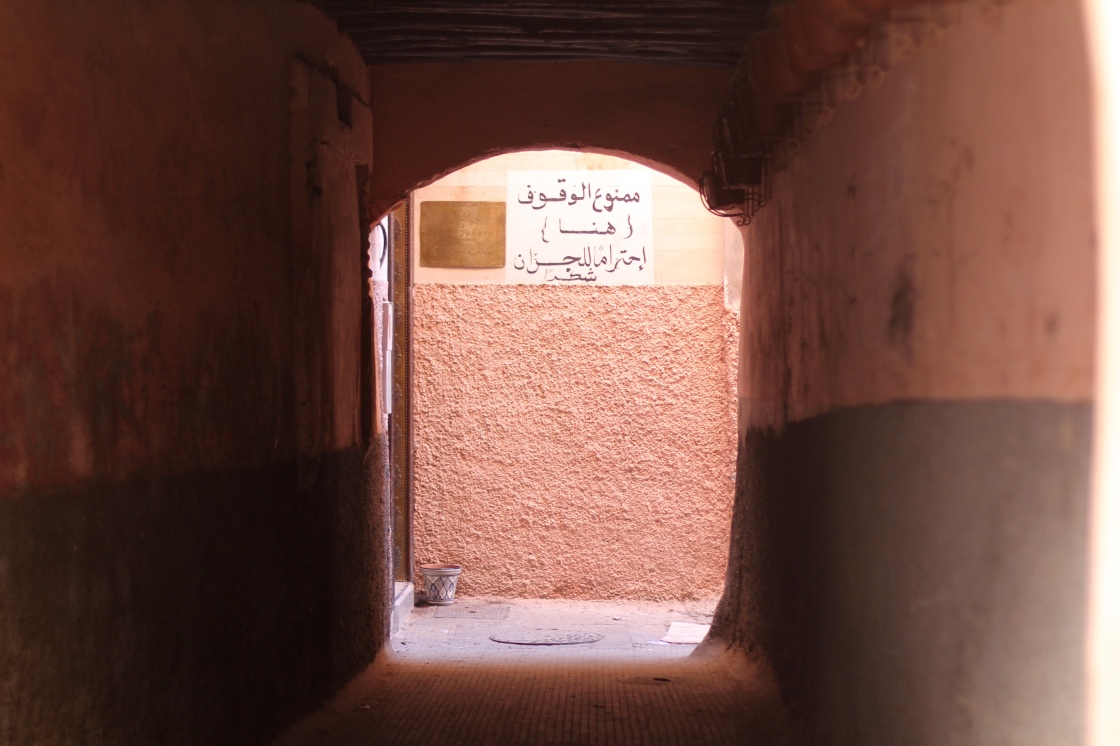 There are so many colors, so much fragrance, so much spices, one should have tried more, brought back more, preserved a bit of it in a flacon, if possible.  We brought back two small amber soaps and the whole apartment smells like the souks (in a good way). 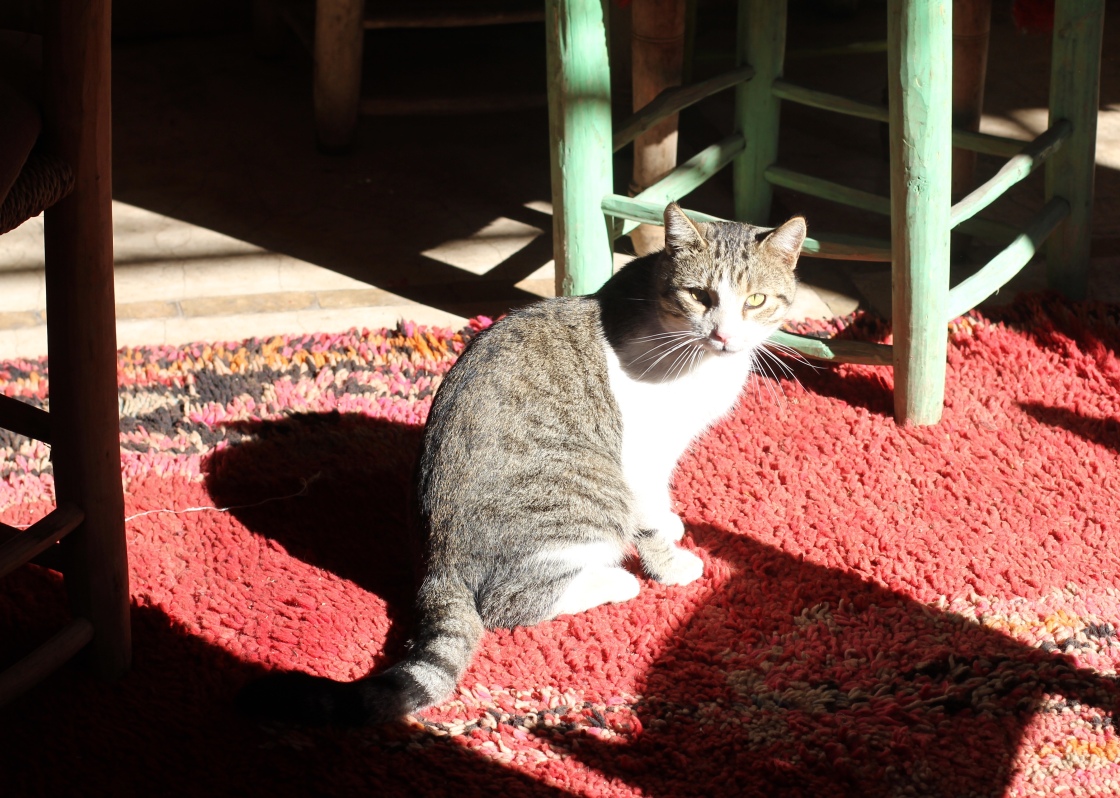 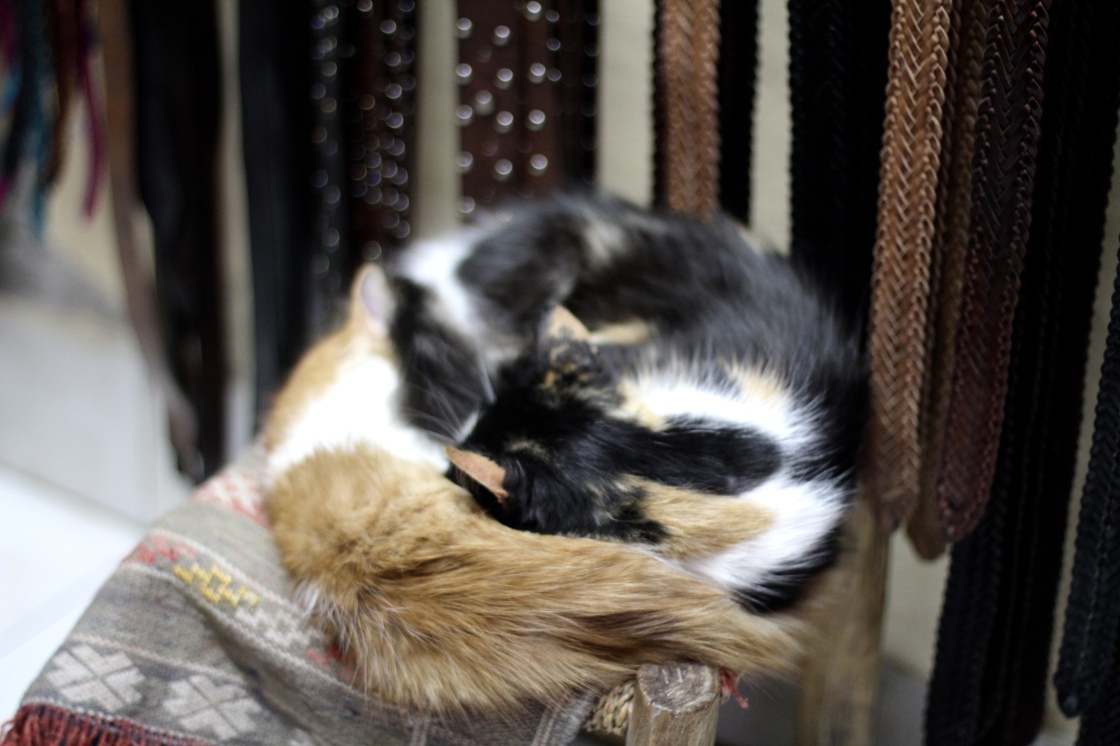 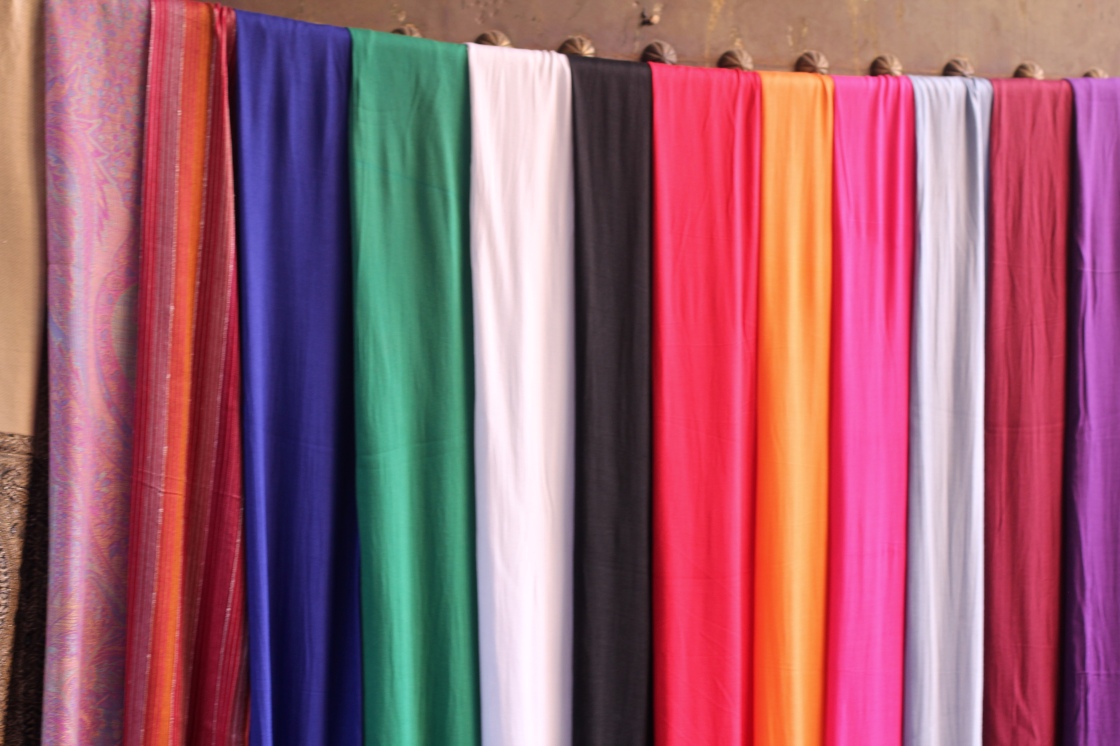 You can also purchase pretty nice pashmina shawls or else cashmere scarves and kaftans. I brought back one for my mother and two for my friends. And the nicest one for me, of course! 😉 haha!

Back to the alcohol policy, you will be able to enjoy a beer in more places than we’d first assumed, the thing is the food isn’t necessarily good there. Café Arabe, for example, had pretty terrible food on New Year’s Eve, but we ended up there because I couldn’t envision  New Year’s Eve without fireworks and champagne. Turns out, no fireworks (they don’t celebrate NYE at all!) and the champagne there I would have survived without. haha! So eat dinner in a stylish place and go elsewhere for drinks. I recommend Riad Privilege, a very beautiful place, but don’t lose it when you see the bill, a beer is 9 euros, more expensive than in Norway!

When somebody says Morocco I immediately think of hamam, which turns out only means bath, as in a public bath, I would assume, since people didn’t have their own private bathroom before and some places they probably still don’t. Hey, my granny in the Romanian countryside got a bathroom only ten years ago, at my father and uncle’s insistence, otherwise she would have still been without. Bless her soul, she’s not with us anymore, somehow I keep forgetting that.

Wafa, our riad keeper, told us that locals go to the hamam once a week, on Sundays, to get properly cleaned. We chose Mythic Hamam Oriental, both because they had time for us that day and because they were near our riad. It was pure bliss! 3 hours of pampering, mint tea, black soap gommage, one hour massage and again some mint tea and cookies, if that’s not heaven, I don’t know what is! We took a couple session and it was romantic, if falling asleep by your lover can account as romantic. 😉 haha! 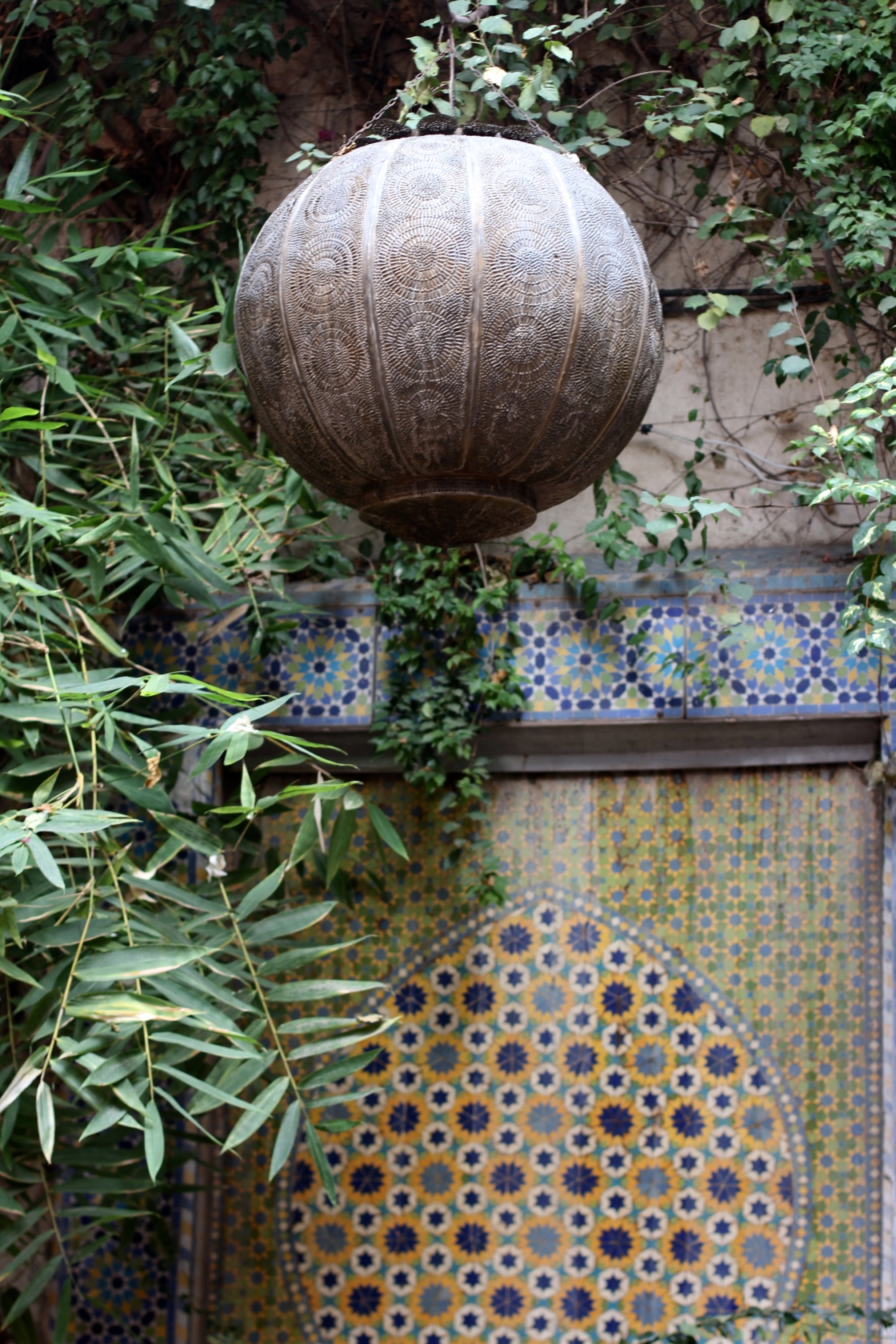 Last, but not least, there are some pretty nice museums and sights. The Koutobia’s mosque call to prayer was definitely memorable. So was the Marrakech museum and the Palace el Badi. Otherwise, I think Marrakech is about drinking “café épicée” at Café des épices, in the Place des épices (spice market) watching the berber women at work, or, even better, sharing their fish meal with the stray cats around (priceless!), sipping some mint tea from the terrace at Le Jardin Secret and having dinner at Latitude 31.

PS. I don’t know how people reproduce themselves ’cause you can hear absolutely everything that happens in the entire riad! 😉 haha! So if you’re newly weds, Morocco is probably not the best idea! haha!

I’m back from Marrakech with an obnoxious cold due to the temperature difference (23 there and -2 here) and a serious case of wanderlust. Being my first time out of Europe, I was fascinated and overwhelmed. Imagine yourself thrown back in time a hundred years at least, donkeys wandering the streets, men with carts shouting about their merchandise, bicycles and scooters driving past you with a speed that renders you dizzy, lamb legs hanging from hooks, sheep heads rigorously lined up waiting for their customer, people trying to point you into their direction all the time, bright colors shimmering from everywhere, too much to take in at once for your senses.

END_OF_DOCUMENT_TOKEN_TO_BE_REPLACED

I’m back from a long weekend in Rome and it was amazing. And it makes me think about all the things that change and how we perceive everything differently with age. My first time in Rome was in 2007 and I didn’t love it. I remember walking around with V and asking each other- “Do we love it now?” and the answer was still no, even after 7 days of wandering around streets lined up with orange trees. I don’t know what it was that didn’t do it for me then- maybe the fact that it was February, the streets still flooding with tourists, maybe the fact that I’d caught a cold, maybe the fact that the city centre was outrageously overpriced and that we didn’t have that much money with us then. Or maybe it was just the expectations.

END_OF_DOCUMENT_TOKEN_TO_BE_REPLACED

The days go by slowly, filled with small incidents and petty errands. In the evening, our heads are full of plans and the day after holds the promise of never-ending adventures, but the morning sees them all crumbling down, like a house of cards, due to the heat. I’m so lazy I could beat a cat in a idleness contest. I’m so lazy I could probably purr, I just haven’t tried it yet.

END_OF_DOCUMENT_TOKEN_TO_BE_REPLACED

You-huu from my holiday paradise! It’s my third time in Montpellier and I absolutely love it! You should definitely book your flights if you haven’t been here already- you have the sea a 15 minutes tram ride away, the old town with its charming piazzas and wine bars, lots of cool shops, a wine festival in July and a couple of dazzling art museums, too. On top of all that, you have the French cuisine, lovely Southern people and a pretty international vibe to it all. 😉

END_OF_DOCUMENT_TOKEN_TO_BE_REPLACED

I’m not done with Bergen and Bergen is not done with me. In fact, I’ll be there for a whole week at the end of June with my good friend Adriana and I can’t wait! 😉 Another human trafficking case, but after hours, this baby is going to do some world class eating and shopping. 😉 haha! 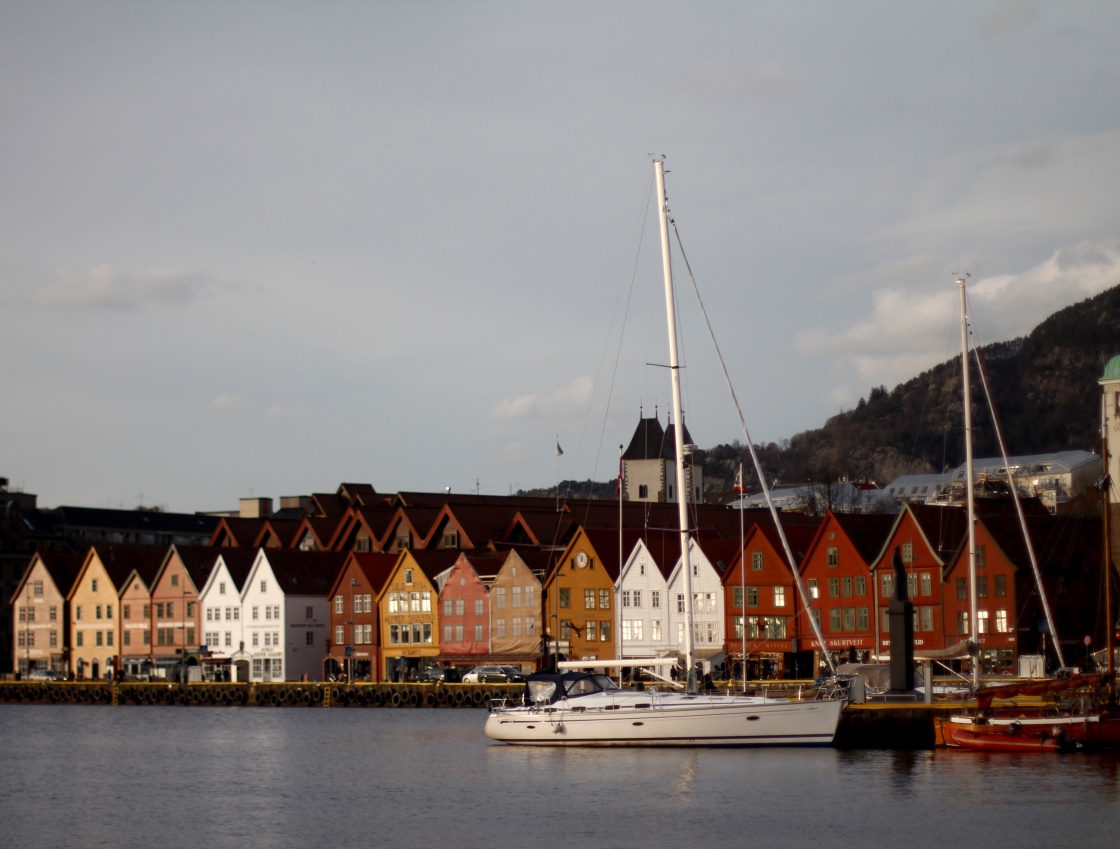 END_OF_DOCUMENT_TOKEN_TO_BE_REPLACED

Let me tell you about my Copenhagen trip. I’ve been so busy with work and Airbnb I didn’t have the chance to blog that much lately. Did you like the professional pictures of my apartment? Home inspection next week! Fingers crossed!

END_OF_DOCUMENT_TOKEN_TO_BE_REPLACED

I´m in Rome for the weekend and I love every second of it! It´s been 9 years since last time and I was curious to see if I could fall in love with the city this time. You see, I´m quite easy to impress as a tourist, but Rome and Barcelona hadn´t really done the trick for me for some reason or another. Maybe the crowd, the people, the heat, the pressure. Beats me. 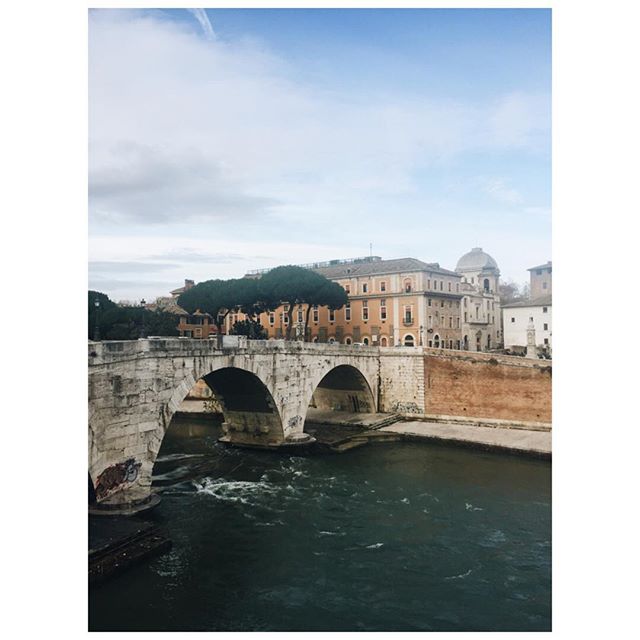 END_OF_DOCUMENT_TOKEN_TO_BE_REPLACED

London, you were such a treat! I feel refreshed and kind of back on track again. I even managed to sleep without neither wine nor a sleeping pill! 😉