Yesterday we had a day off and had planned in advance to meet with our friends Kristin and Jack and their kids for a stroll in the Ekeberg Sculpture Park. I invited them over to our apartment first and served them freshly baked ham and cheese horns, coffee and juice. After playing with Sam and Beo, the kids were excited to go outside and walk for a bit. The park is just 15 minutes away from our place, but it´s like entering a whole different world nevertheless. An enchanted one. 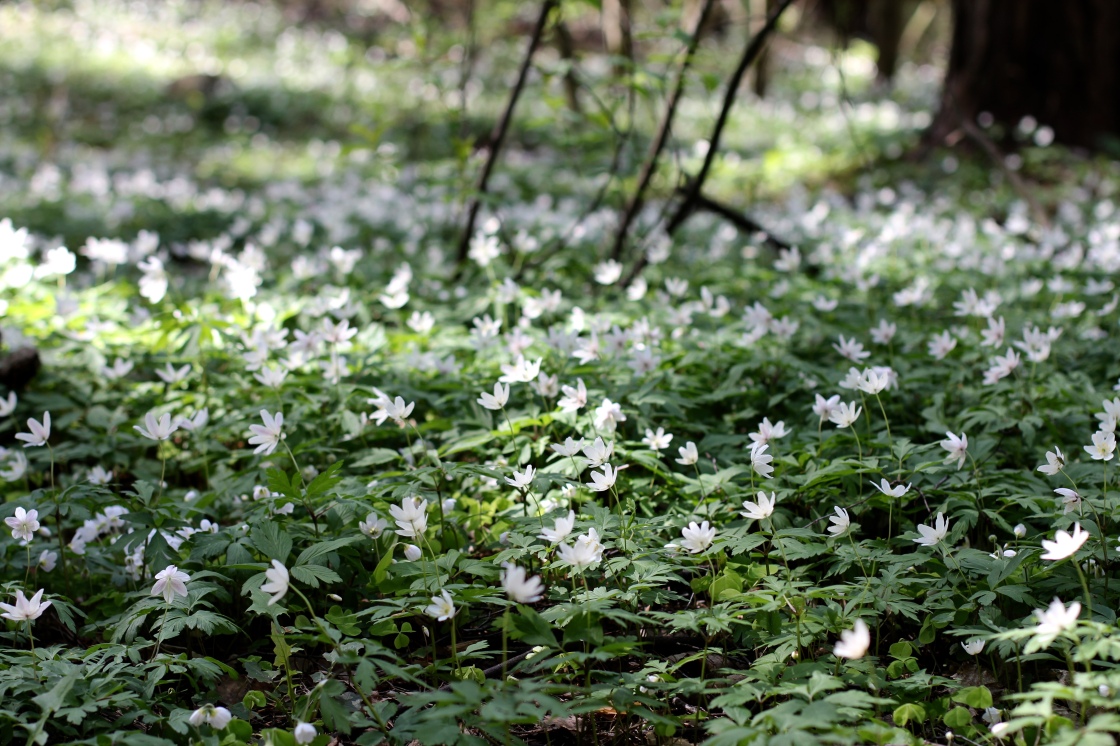 The ground was covered in white flowers and everything was green and radiating from the sun. We met several people, but it wasn´t as crowded as one might have thought, with it being a day off and all.

Sammy´s checking out the skate park. Where´s Emi, we said? (his girlfriend) And he had to look! 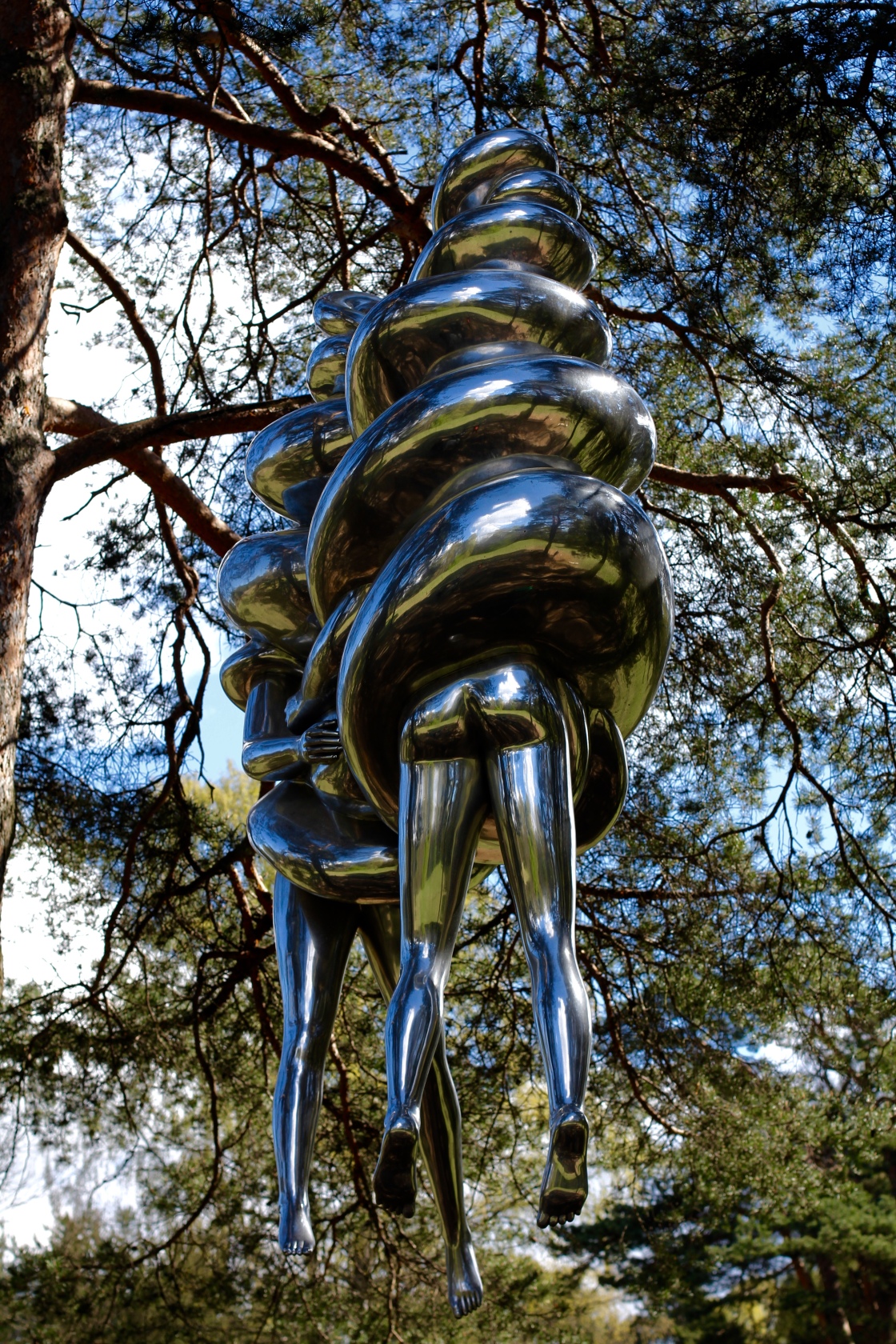 I´m not too much of an artsy person, but the sculptures are a surprising element amidst the woods and they sure do attract a lot of people. Which is good for business. (the guy who put them there has several restaurants and cafés) 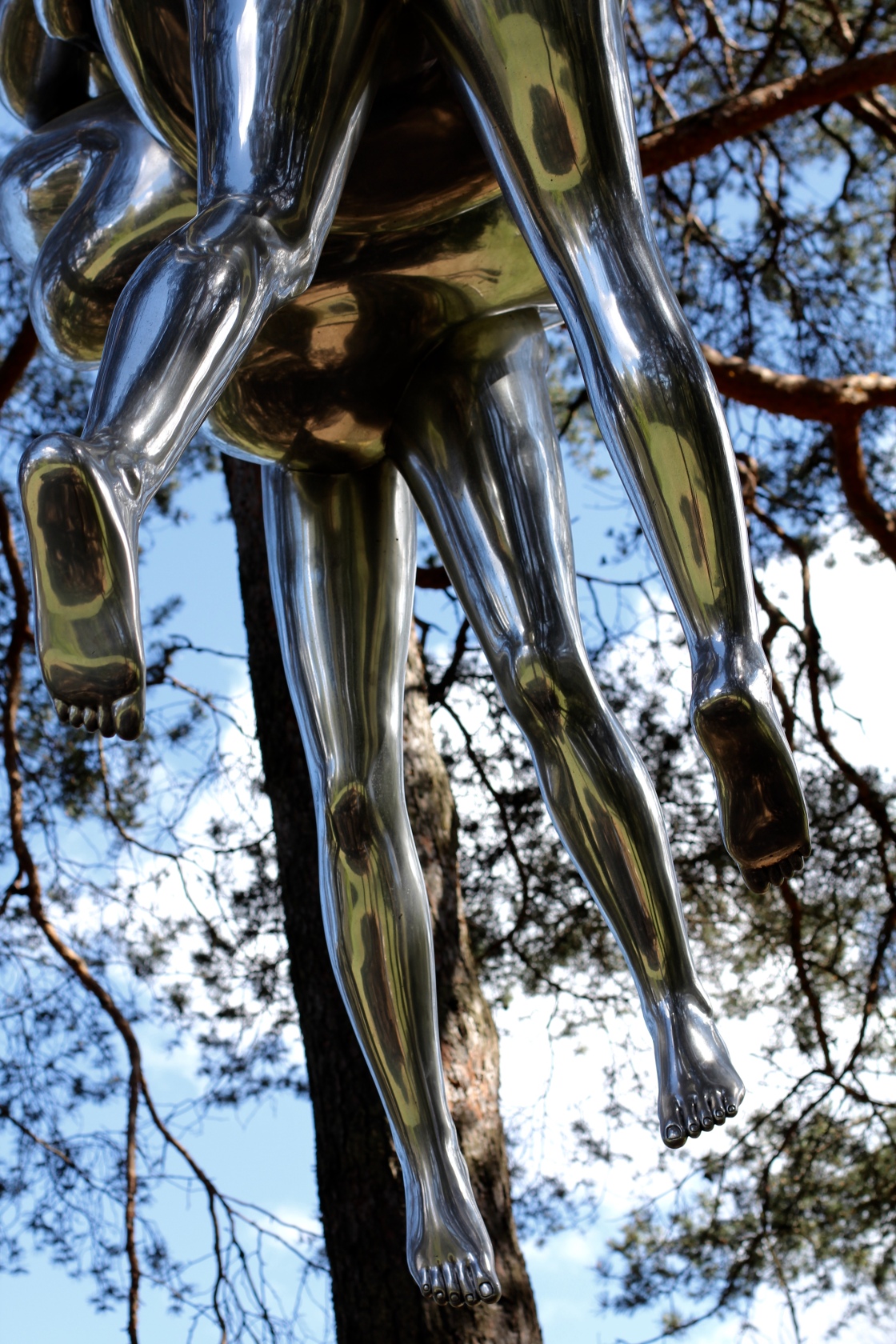 The stick was definitely the most interesting toy for Sam´s part, he danced around it for ages, trying to bite it and get it out of its fixture. 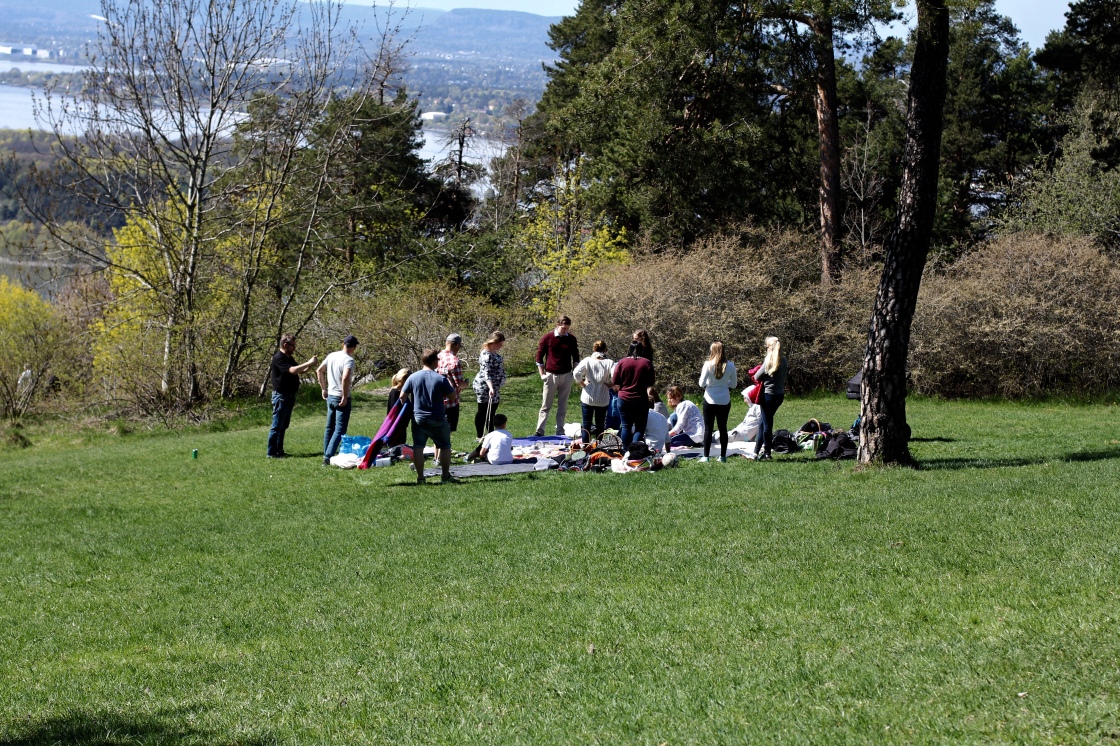 People were gathering for a picnic, what a nice idea in such a splendid weather! The temperature was pretty moody, though, , typical Norwegian spring: either too hot in the sun or too cold in the shade. Or simply too windy, period.

I must have posted this picture a million times in different seasons, but the fact is the view is mesmerising every single time! 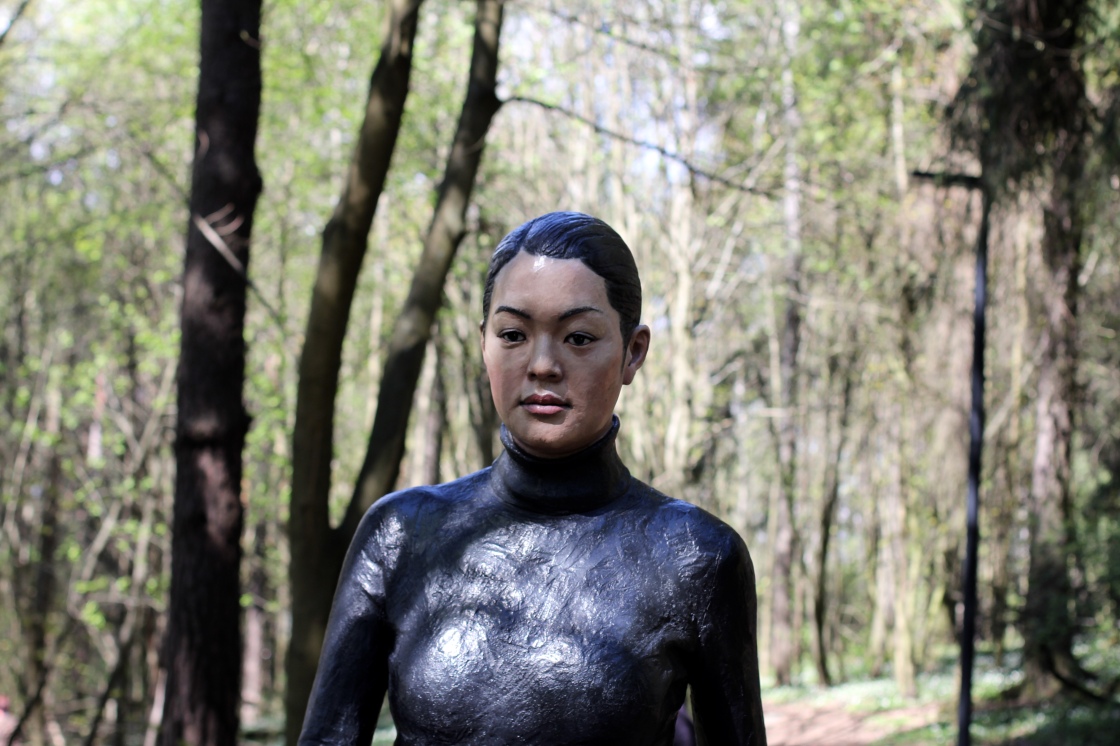 This is one of the statues I actually like. It´s huge and looks quite realistic. The best thing about being in my mid-30s is being able to call a spade a spade! 😉 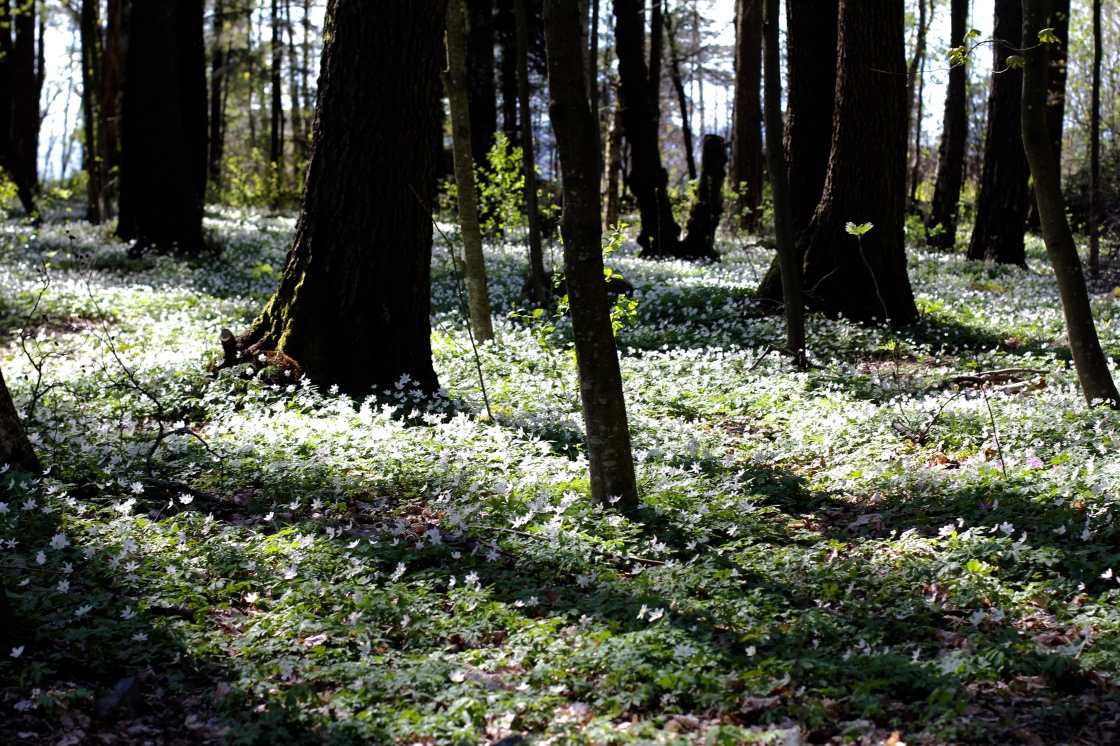 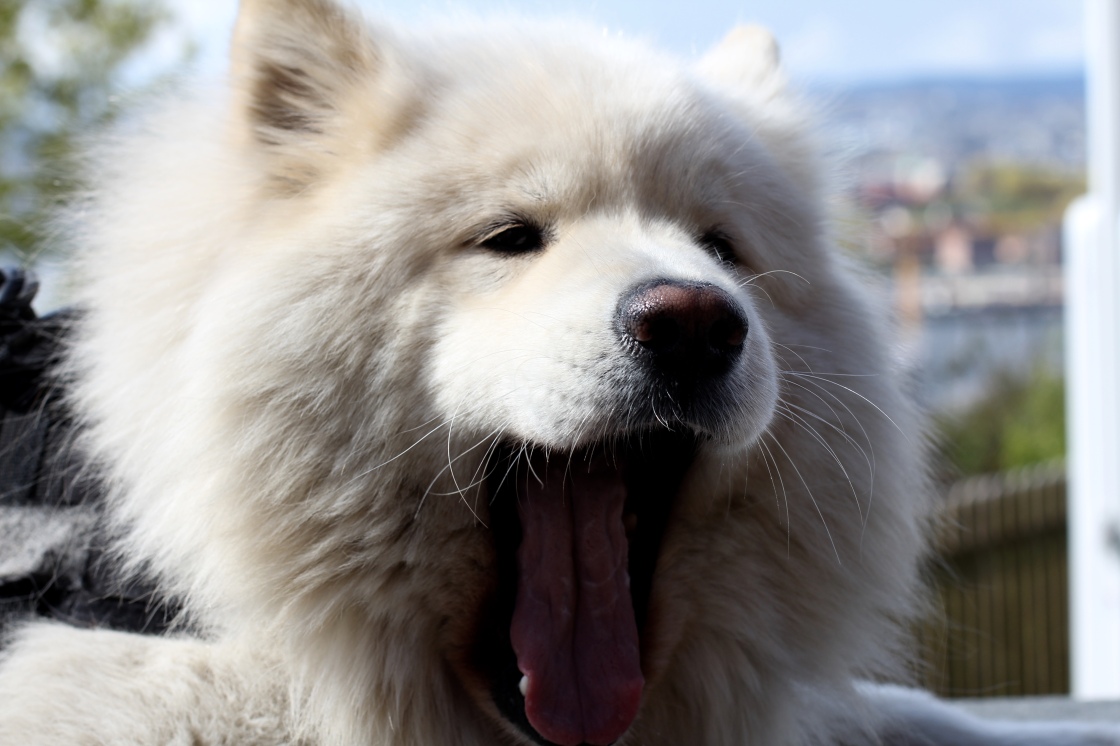 We had coffee, oreo ice-cream cocoa, beer and ice-cream for the kids!;-) And water for Sammy. 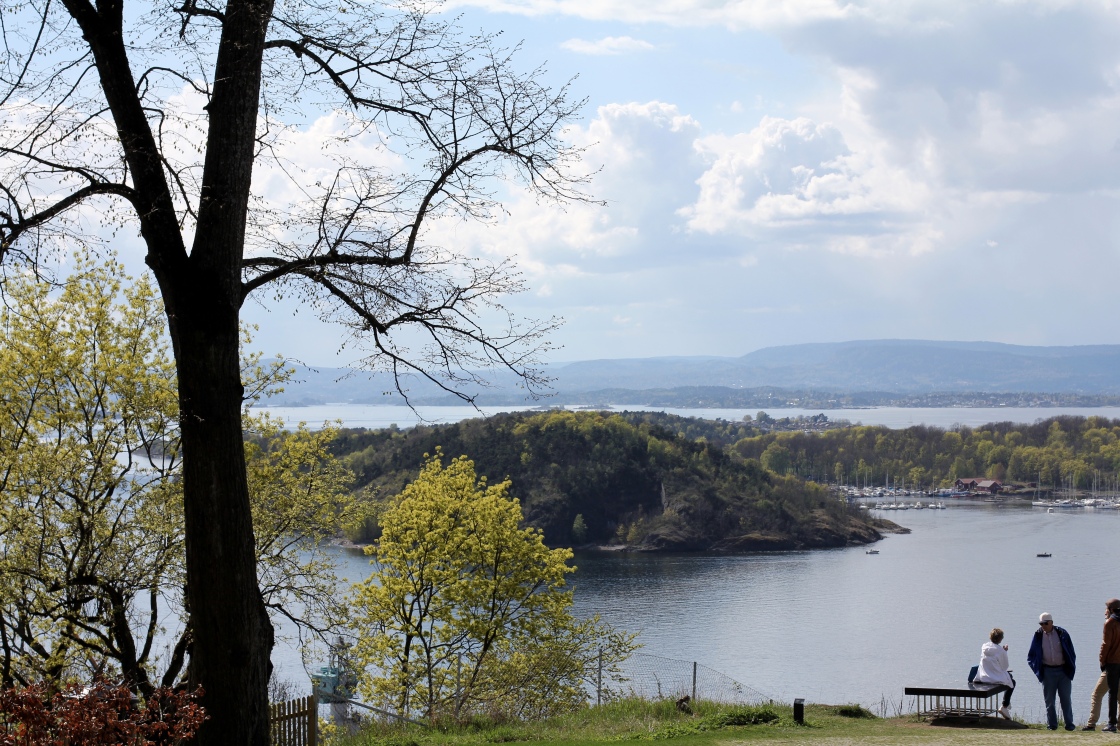 A family picture, you can never have too many of them! 😉 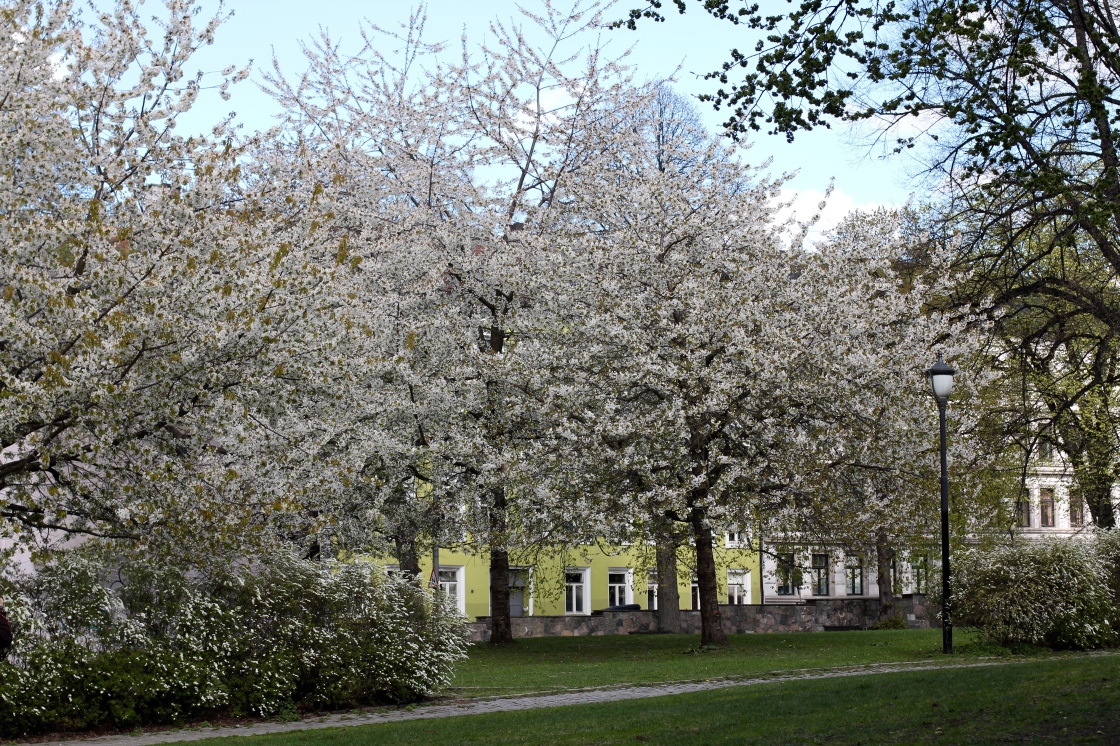 On our way home, we passed by this amazing park with cherry trees. Don´t you just love spring? So generous with smells and pretty sights!