I promised you I´ll write a little about the contemporary fashion show we attended in Berlin- SEEK, as well as how to have a successful fair. 😉 This was my first fair as an exhibitor (assistant) and my second one as a visitor, so I can´t boast of much insight, but you tend to pick up a thing or two along the way. 😉

1. Try to find the fair´s location on the map, so that you don´t book a hotel room on the exact opposite part of the town thinking you´ll be saving money, just to end up spending more on cabs to and fro. The show lasts for 9h the first couple of days and 7h the last one, you´ll be standing a lot and a hotel nearby would be a good idea!

2. Don´t exhaust yourself trying to be cooler than you are, things have a way of sorting themselves out in a way or another. By that I mean don´t wear brand new leather vans that only make you feet swell and give you sores just to seem like one of the guys. Nobody cares what you wear anyway and retailers will target the products they´re interested in, not you. 😉 That being said, I did get a couple of compliments on my sandals on the third day, but that didn´t make the guy enter the stand, so it was pointless. A neutral outfit that somehow matches the company´s philosophy is the best. But don´t overdo it. I´m a ballerina shoes kind of girl and that´s fine. 😉 It works in real life and it worked at the fair, too. 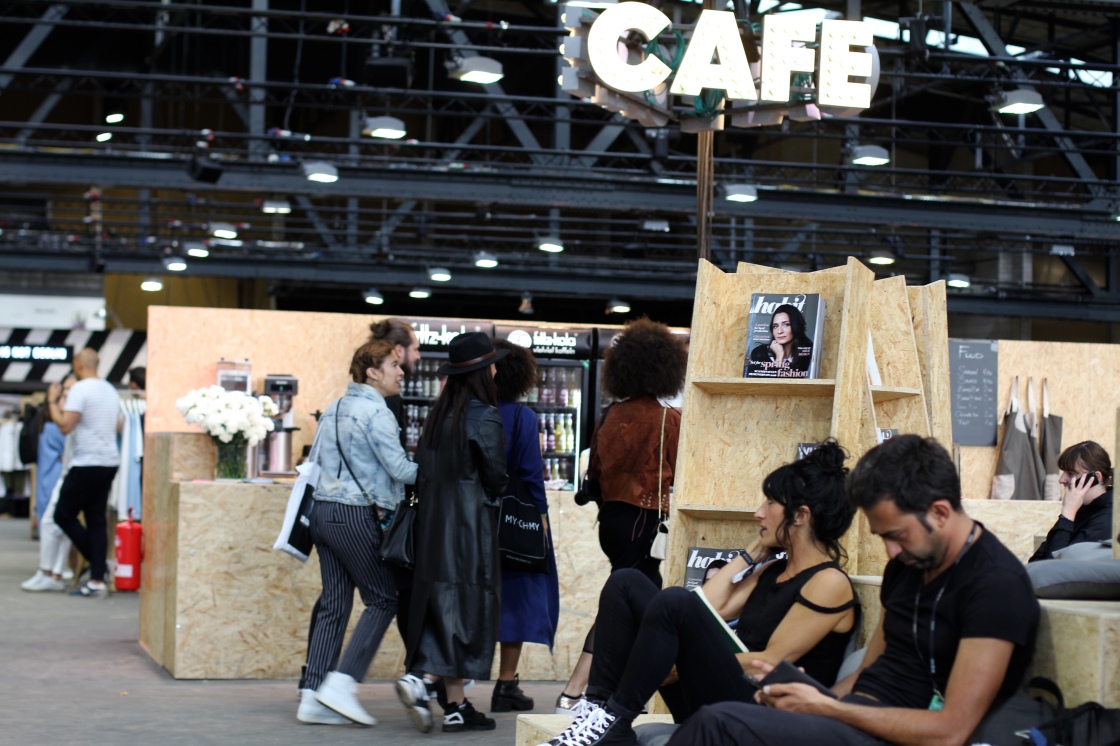 3. Stay hydrated. That we managed pretty well. I only had coffee and water and the occasional Fritz Cola. Shoot me, but I´m a sucker for all things limited edition: I think Fritz Cola is so much better than Coca Cola! Vuong would drink water and coconut juice the whole day. Towards the end of the show he´d grab a beer, as well as their fancy Hendriks GT, which they gave away for free. I had one too many GTs back in the day and I can´t even stand the smell of it now! Yikes!

These are Vuong´s products. They can be ordered online here in a couple of weeks or so, right now he´s updating the pictures and adding a bag and a satchel. Everything is handcrafted by him from the best Italian vegetable tanned leather one can get one´s hands on. The tote is in Japanese denim and it´ll last you a lifetime.

4. Eat healthy. The café had lots of good salads based on wheat grain, quinoa and beetroot and they were simply delicious! We stayed away from burgers thinking we needed the vitamin boost when indoors a whole day. In the evening we´d go for Asian in the neighbourhood. Yummy!

5. It´s important to socialize. Vuong is way better at it than I am, I find chit chat a bit meaningless and I can only connect if people have the same humour, interests or simply dig me enough to hear me out. haha! 😉 I gave it a decent try this time and I´d like to think I almost managed it. 😉 Here we are at an after hours party at the Selvedge Run, somewhere in East Berlin, with free hot dogs and a concert. 😉 It looked like a festival to me (and I´ve never been to one! I know, can you believe it?!) and I would have enjoyed it more had I not been standing for 12 hours in a row, forgotten my happy pills (and that makes me nauseous) and frozen a bit.

There was a dog there and we kissed lots! 😉 Her mommy was quite stylish, too. I was never into tattoos, except for an “unfortunate” period in my life when I couldn´t afford it (thank God!), but in East Berlin it seemed that everybody cool enough to pull it through had one, so I secretly dreamt of one those couple of days. 😉

This is me stuffing my face with a giant hot dog. Yum! 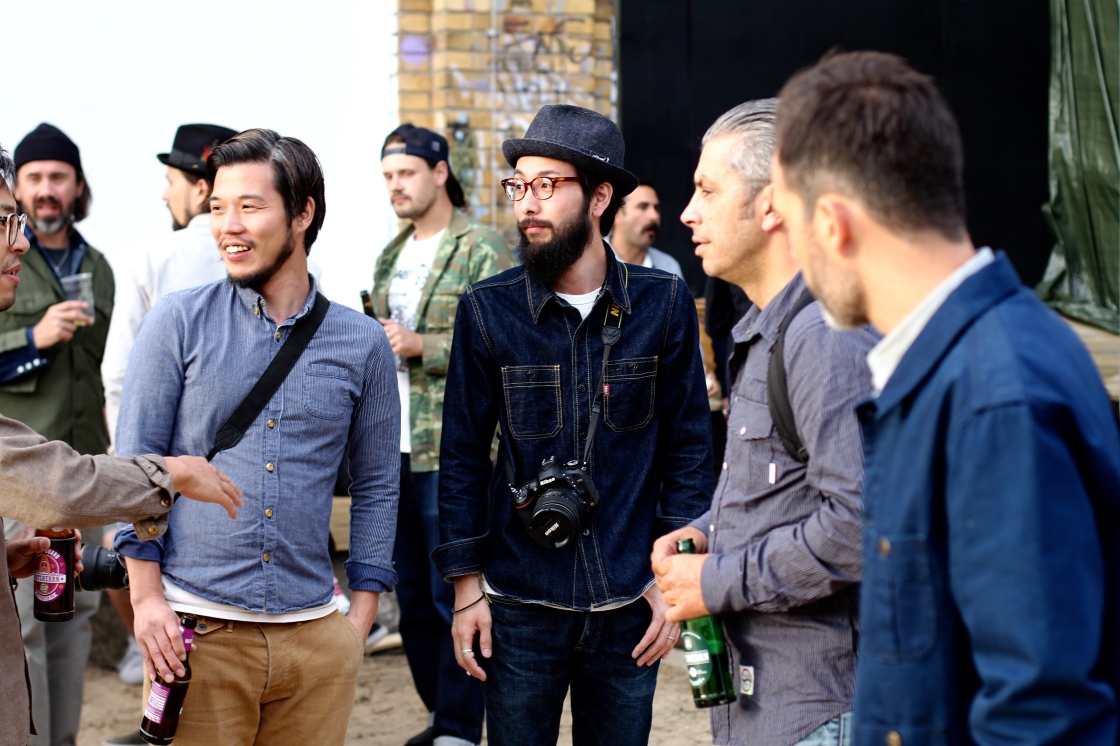 Bearded men there were lots of and although it´s not my style, some of them made it work pretty well. 😉

6. Last, but not least, you don´t need to smile to everybody. The ones interested in your products will spot them right away and they only need guidance from there on. Students, other exhibitors, as well as loafers are to be treated politely, but don´t waste all your energy on them. This might sound cynical, but my facial muscles ached from so much smiling the first day. 😉 Haha!

Let me tell you about a couple of silly responses from people who were only interested in wasting our time.

A French guy, skater style, a bit unpolished, to put it nicely, enters the booth.

Me: “This is made of vegetable tanned leather from Italy.”

Him: “Really? How is this even posibél? What kind of vegétabél?”

I felt like laughing so hard I almost peed a little. The poor guy didn´t understand “tanned” and must have imagined that the wallet was made of cauliflower, the eyewear sleeve out of cucumber and so on. haha!

Another guy at our Swedish neighbours´ detergent stand.

Him: “I didn´t even know there was a special detergent for denim.”

Swede: “Yes, it´s important to take care of your garments.”

Him: “To tell you the truth, I never wash my clothes. Either my wife does it, or they stay dirty.”

Swede thinking: why in God´s name are you wasting my time, then?

Hope you´ve had a fun journey with me! 😉