Goulash is probably the most Hungarian dish there is. And because it´s served all over the world, I haven´t eaten the same goulash in two places, I swear! In Romania it´s common in Transylvania, as well as in families with Hungarian ties. It might very well be on other people´s menu as well, but in the south, where I´m from, people would rather make lasagna than try something traditional from other parts of the country. I myself had it for the first time in Budapest, many years ago. There it was a thin, soup-like thing, but they served study portions, so it filled student bellies well. Later on I ate it at my aunt´s, she´s a Hungarian born in Norway and was married to my uncle for many years.  She makes it with dumplings and it was about the best thing I´d ever tasted! We love pot roast type of dinners, from ratatouille to chili con carne, so we had to make it ourselves at one point.

Inspired by a couple of recipes, as well as the zillion goulashes we´d tasted, we composed the following recipe:

Sauté the onion and the garlic. Add the beef morsels and stir fry. Add the vegetables, the water, the spices and so on. Cook over medium heat for a couple of hours or three. Sprinkle fresh thyme and serve with sour cream and bread. Bon appetite! 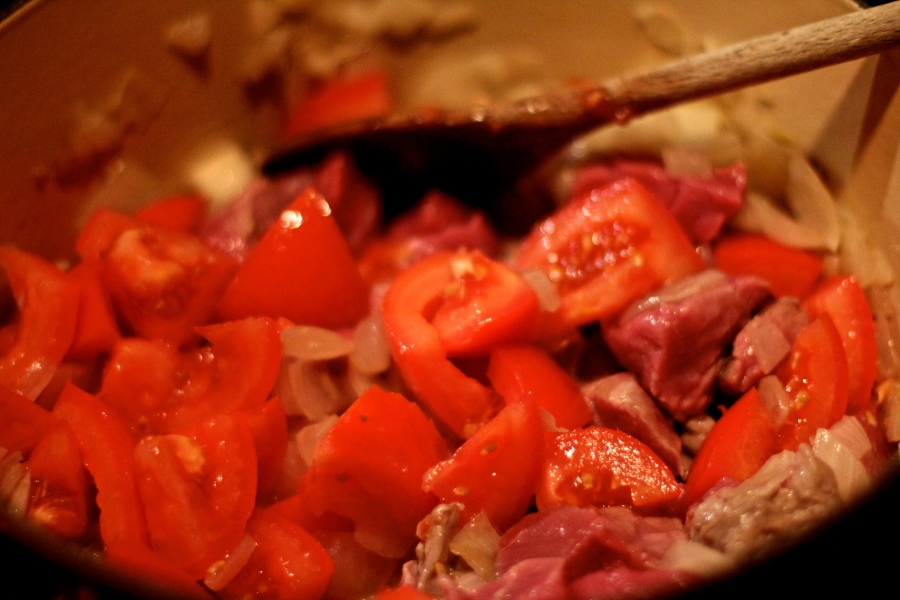 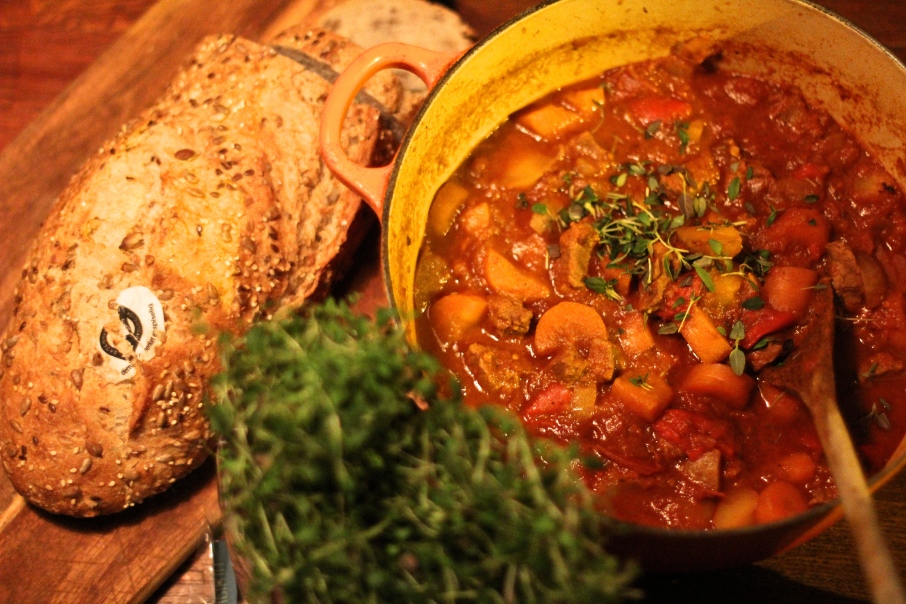