For the longest time, I’ve been struggling to eat bread from the shop, since after a couple of days it gets too hard and with my braces, I just can’t chew it. So after attending Marte Marie Forsberg’s workshop in England, I got hooked on no-knead bread. No need to tell you that it was such an eye-opener that I started experimenting with other types of bread- don’t get me wrong, I’ve been baking bread occasionally before, but now I’m talking about baking every other day or so. But hey, when the result is this good and the effort is minimal, why the hell not? 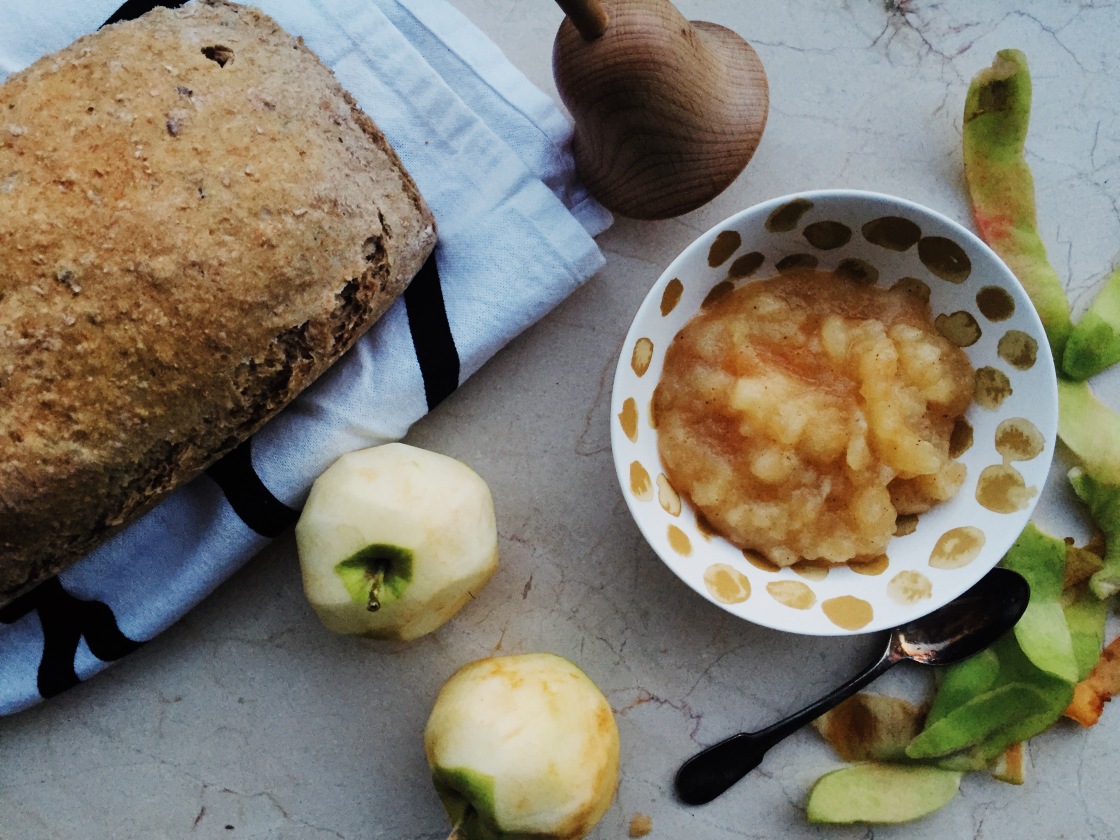 Mix the dry ingredients in a large baking bowl. If you use fresh yeast, you can crumble it in the mixture as well. Add the water and set the mixer on its lowest speed. Knead the bread for 15-18 minutes. (I’ve done it by hand, even though I have a Kitchen Aid, and it worked just fine. I must have kneaded it for 5 minutes all together, I’m an efficient mother f*. haha!)

Cover the dough with a kitchen towel and let it rest for about an hour, until it doubles its size. If you have a silicon form like me, just sprinkle it with flower, if you have the classic metal one, butter them with oil or butter.

Use some flour on your baking table and knead the dough once, then divide it into two parts. Roll them into bread and place them into the forms, making sure you stretch them to fit as good as possible. Let them rest for 40 more minutes, covered in a towel, until the dough rises over the edge of the form.

Bake for 45-50 minutes at 180 degrees C, until the temperature inside is 98-99 degrees C. Take the bread out of the form and let them rest under a towel.