I keep reading this September has the highest temperature recorded in over 100 years and while I´m concerned about our planet´s future, I couldn´t be happier for a prolonged summer. I can put on some shorts and a t-shirt and take Sammy out for an evening beer in the neighbourhood. 😉

Monday I didn´t work until late, which gave me the opportunity to start the week with freshly baked scones and home made elderberry jam with both the bf and Sam. I didn´t come home until late, though, so both that evening and the next day were compromised as I was tired as f.. and in need of a break already on Tuesday. 🙂 So I slept until late and had ice-cream in the sun with my favourite persons and my freelance friend, Ioana. 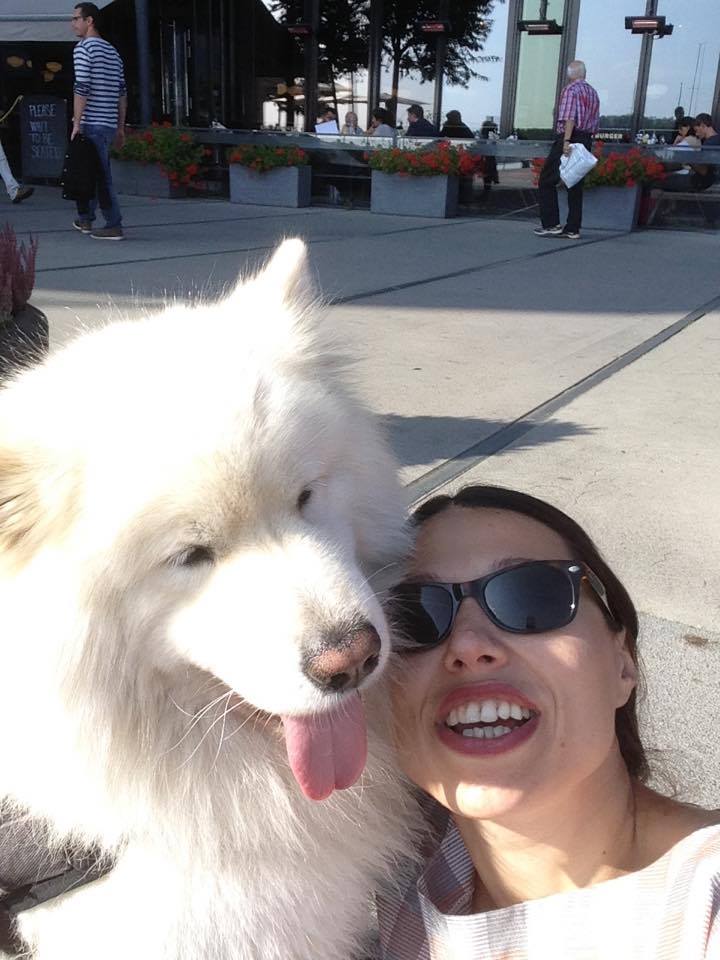 Today I was ready to put some effort into my career though, but nobody needed my services. So I decided I needed some coffee and some coffee filters and that was Sammy´s first walk. Besides, there was some accountancy to do, too. Having worked for a couple of hours, Gordana sends me a message asking if I´m free for a drink in the sun and I answer: sure, if you take the drink and the sun to my place! And so she comes with a bottle of Prosecco and we take Sammy with us (along with a couple of glasses) and sit outside in the sun chit chatting for a couple of hours.

He was such a good boy, happy just to be outside and get petted from time to time. 😉 Children came and cuddled and he went about his business chewing sticks and such. On the evening´s agenda was apple jam-making, but since I´m still tipsy from the Prosecco, I´m going out for another glass instead. 😉 haha! Have a lovely week!

2 thoughts on “Summer in September”