Saturday it snowed all day, it was grey and gloomy and a perfect day for baking. I and Sam didn’t do that much, we made some cinnamon rolls and then snuggled up indoors. But I’d promised him a walk in the woods on Sunday and, to our luck, the weather proved amazing just for that! I’d thought about going around lake Songsvann, just the two of us, since F was working all weekend, but then I remembered Gordana lives by another lake- Nøklevann- and there’s both forest and a café and all that, so why not ask her if she wants to join?  When I called her she was baking bread, so I said we’d be there around the time the bread is ready to be taken out of the oven. 😉

Sammy thought the trip itself was quite the adventure, plenty of snow and few people, bright and cold, just the way he likes it.

And so there we were at Gordana’s place and she’d brought out Sammy’s toy, blanket and doggie treats. Now that’s an auntie! Someone was in heaven. 😉

And then there was the bread. Oh, my! Not only did it look amazing, but it filled the whole house with its smell and we wolfed down a couple of warm slices with butter and sea salt. Yum!

Pot of coffee later, we were heading for the woods, but didn’t get that far, ’cause Sammy met a corgi puppy and they started a frantic play.

She was the cutest thing ever, short and fast, halfway buried in the snow, plowing her way out, a tunnel with ears. 😉

Entering the woods, there were splashes of light seeping through the tall fir trees and I was taken aback by its beauty. 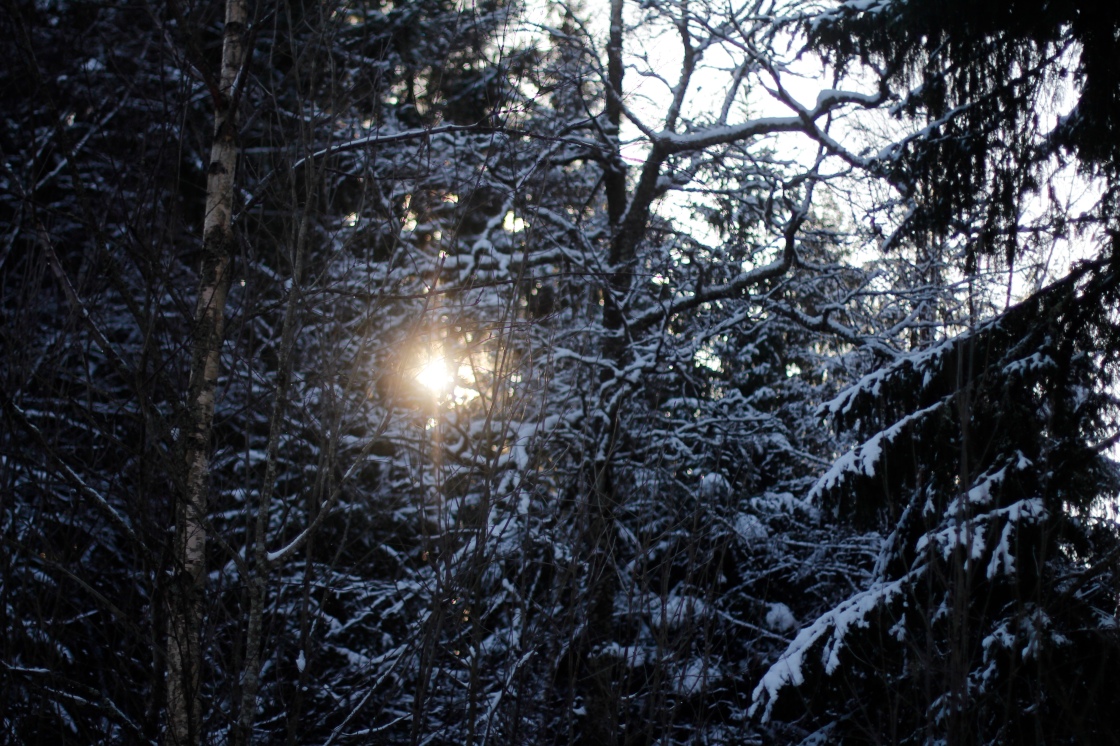 Whole families were skiing and it was fun to watch, back home we never had family activities when I grew up and I used to long for that when I was younger. At the same time, I’m not easy to drag out of the house in winter and I praise myself lucky to have a samoyed, otherwise I’d probably hibernate until May. I feel relieved it’s almost March, winter will be gone in a couple of months’ time. How crazy  is that? Winter comes in November and stays until May! 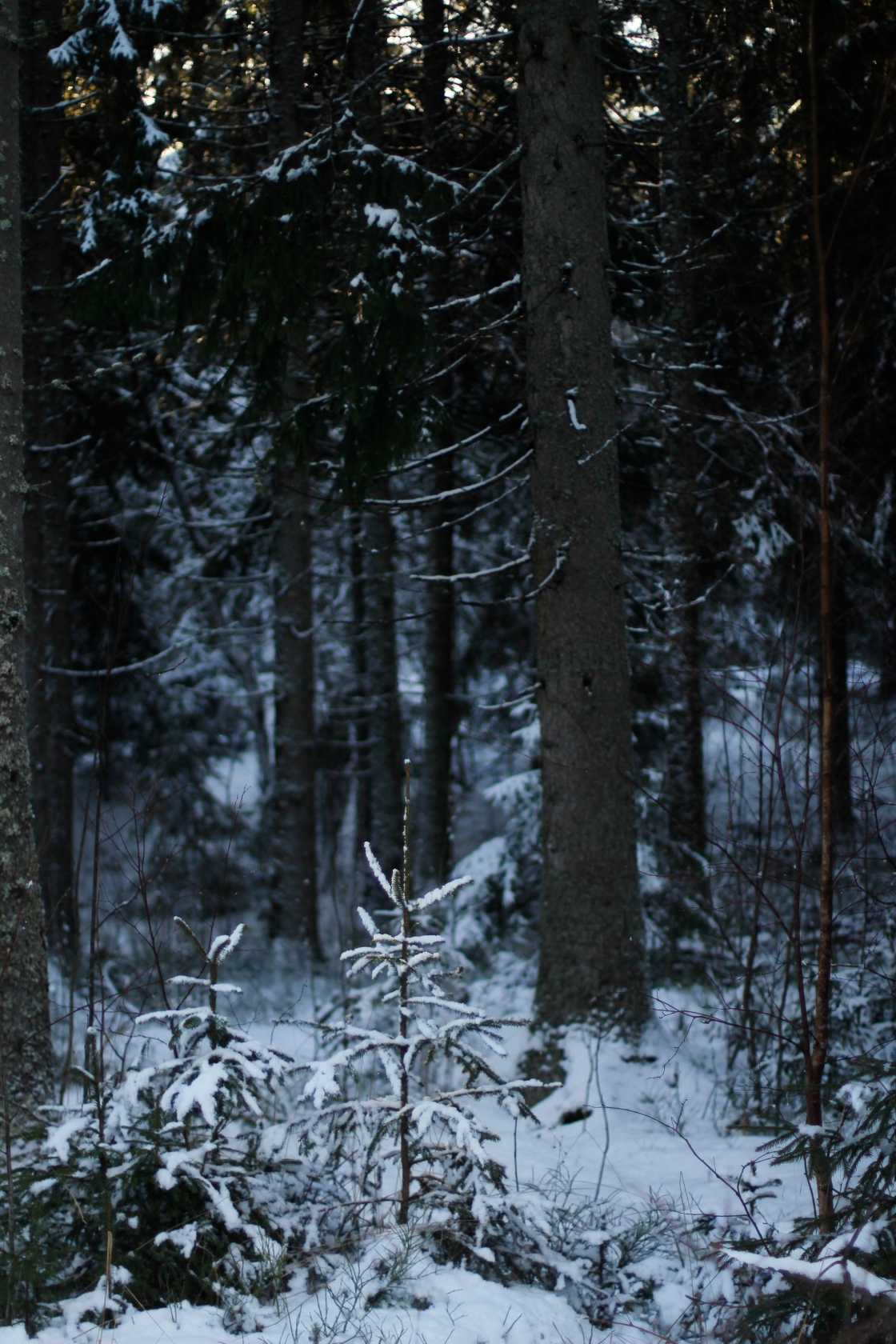 Sammy loved every minute, jumping around like a rabbit, finding small lost items in the snow to play with and chew on, eating snow and generally exhibiting a manic behaviour. 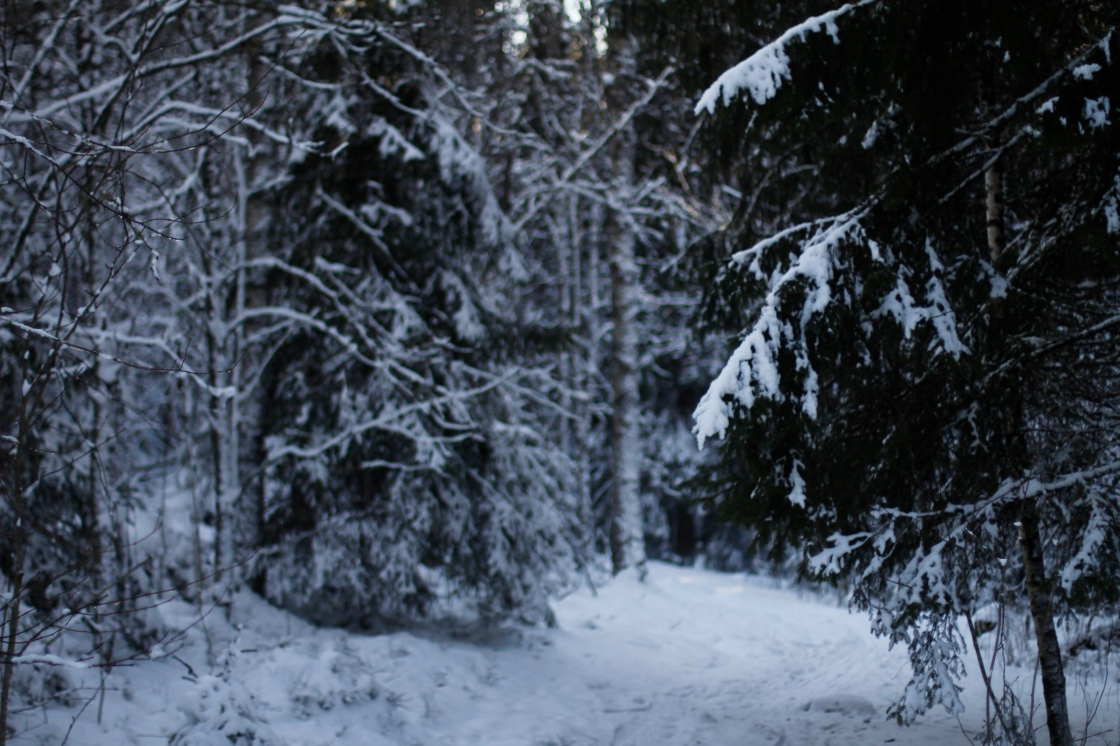 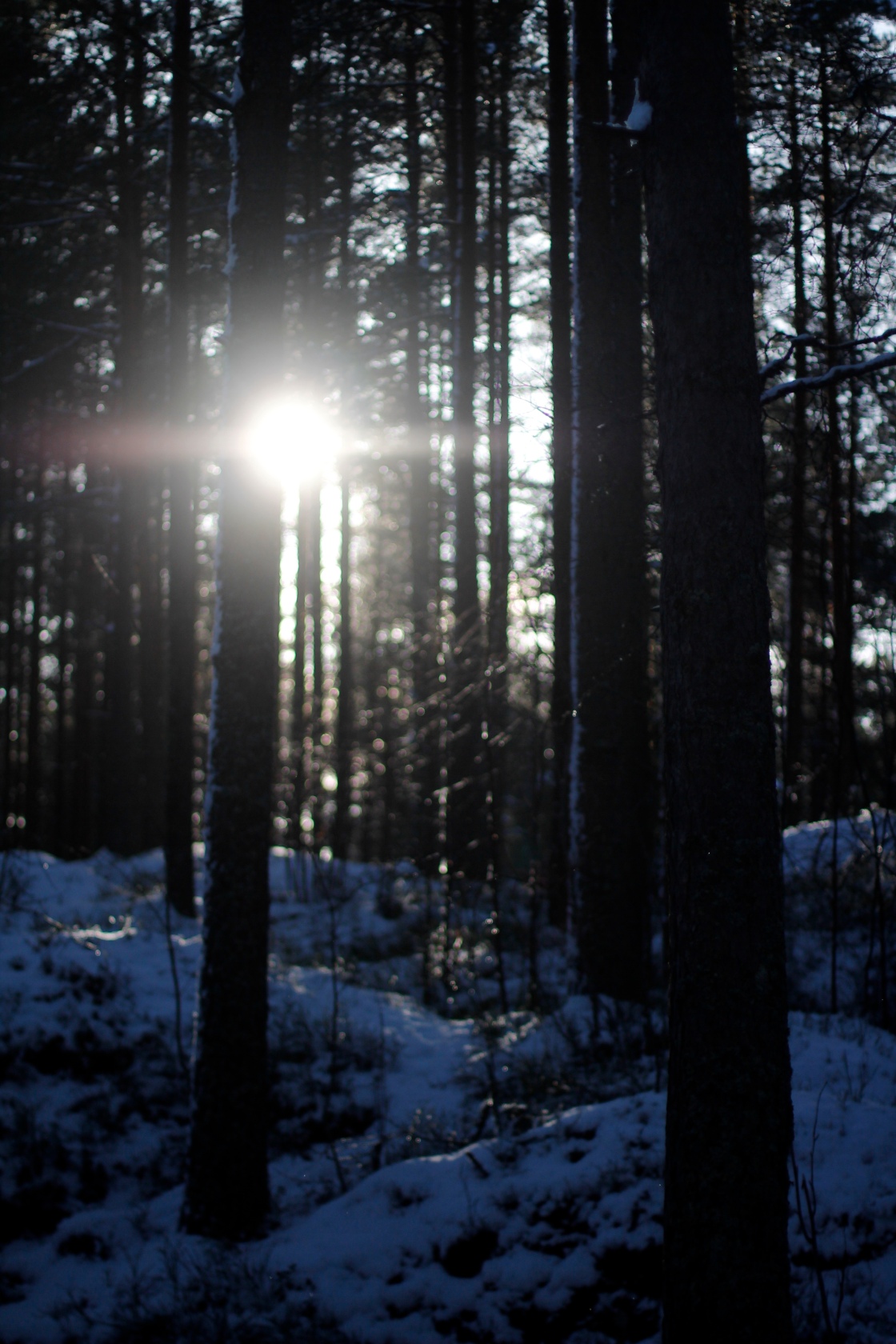 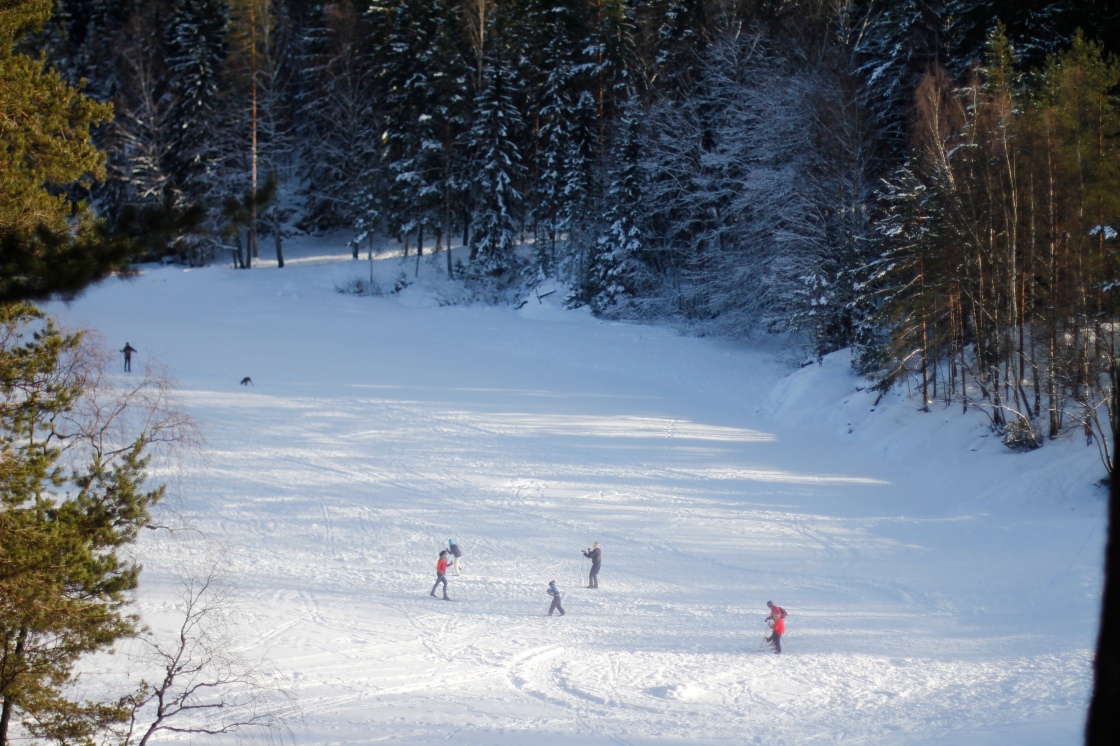 We arrived at the café and had a cup of blackcurrant toddy to enjoy in the sun. It was pure bliss, even though Sam barked at other dogs and pulled his lead, in the end he jumped on the table and sat between the two of us, like a grown-up. 😉 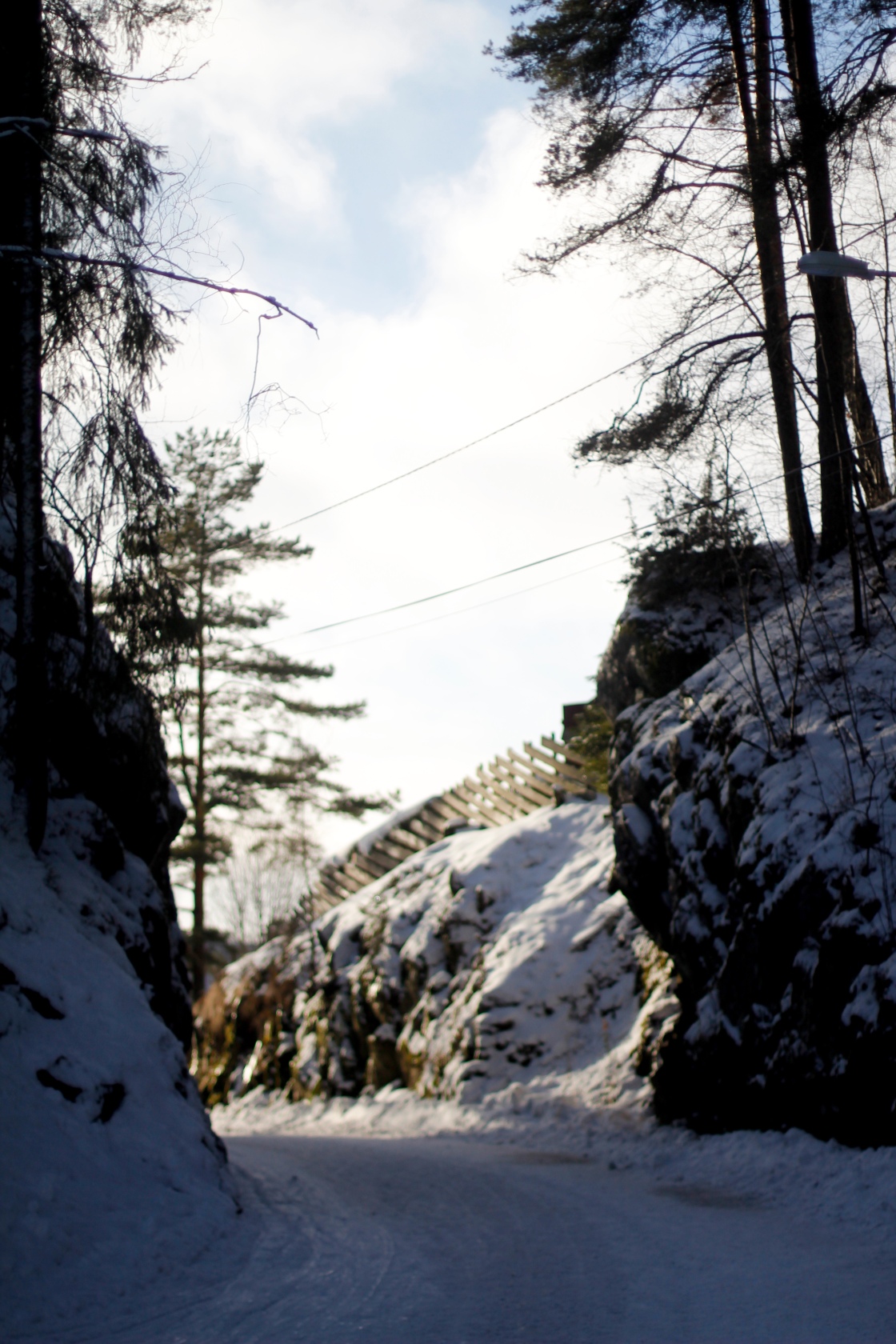 On our way back to the city, Sammy didn’t want to return to civilisation. Can’t we stay, mom? This was so much fun!;-) 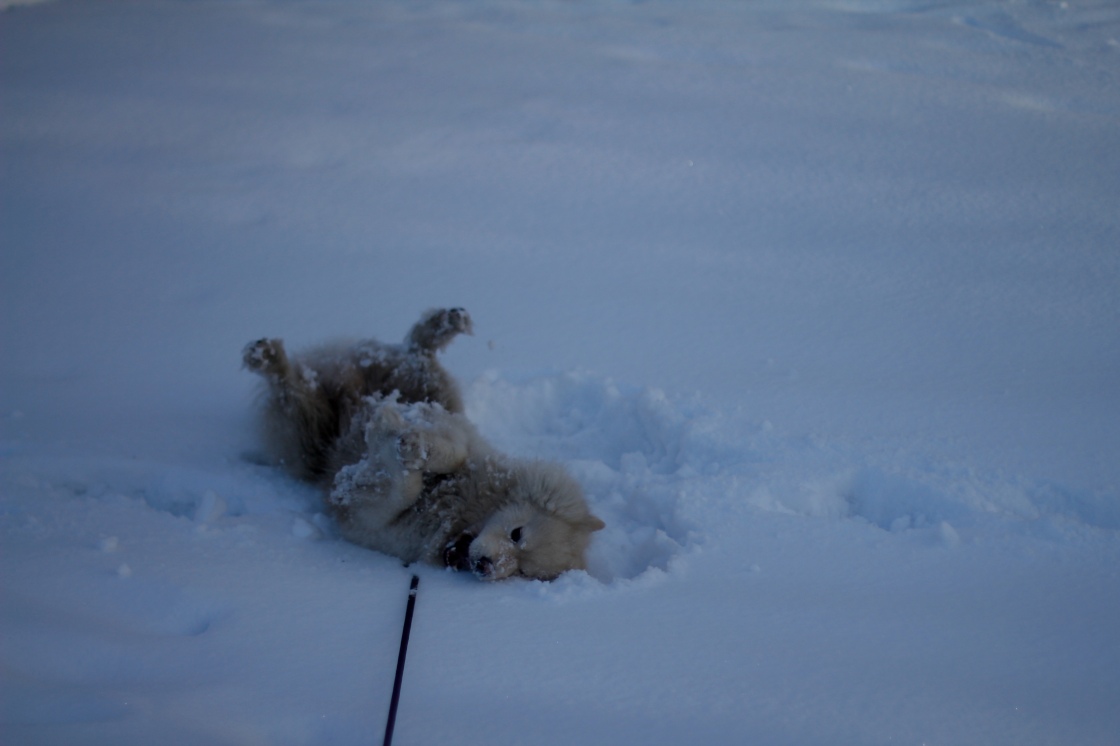 It’s 10:30 am and he’s been sleeping since yesterday night, dead tired. 😉 Going out for a coffee and a walk. Have a great week! 😉