This New Year´s Eve was my personal low as far as I can remember and yet it turned out pretty cosy in the end. After a tearful day with lots of Amy Winehouse “Love is a Losing Game” and the feeling that 2016 would never come and I´d die the loneliest person on the planet, after drinking Prosecco as soon as I got home (13:30) and wailing in the bedroom for a couple of hours, I decided I should take a shower, put on my face, bake a cake and take a cab to my cousin´s, ´cause by that time Sam was already terrified by fireworks and I barely managed to drag him after me 10 feet.

He offered to cook and I was happy to bring a home-made cake, some wine, as well as flowers. And even happier I could stay the night and didn´t have to attend any party where I´d be forced to “fit in” and end up feeling even worse than I already did. Haha!

So I chilled with my buddy Sam by the couch, as well as under the table, where he was shivering like a leaf in the wind.

Poor baby! He even followed me to the bathroom, whenever I´d go! 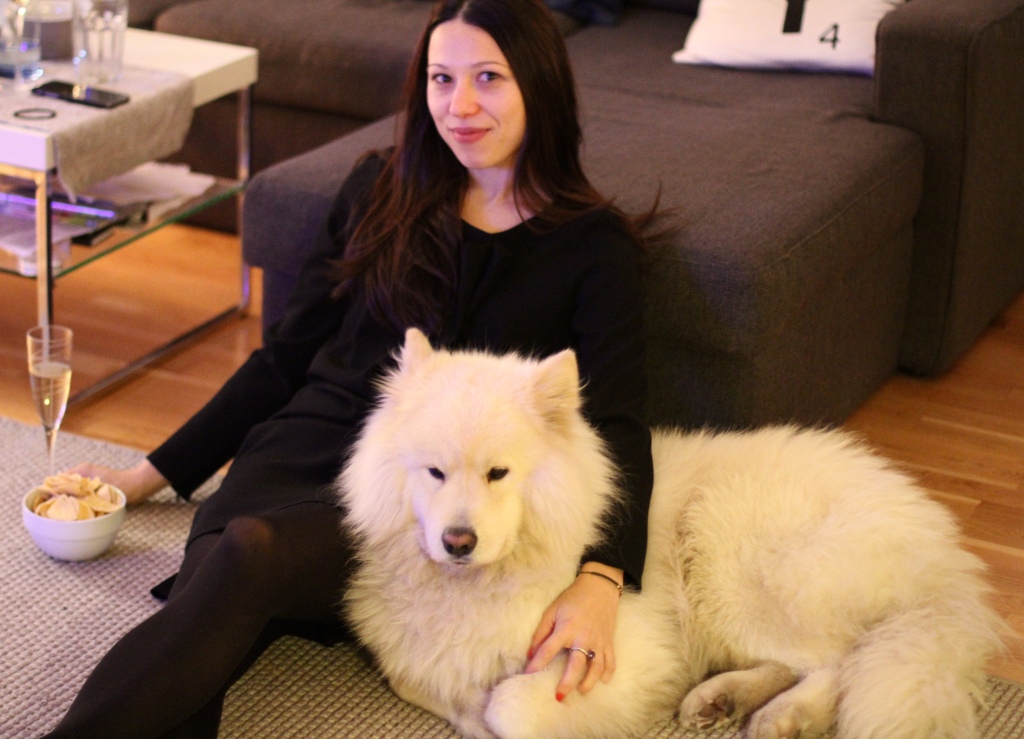 Watching a French movie with Jean Reno, my boy next to me. By this time it was probably 1 o´clock am, so the fireworks had started to cool off. Thank God, Sam thought! 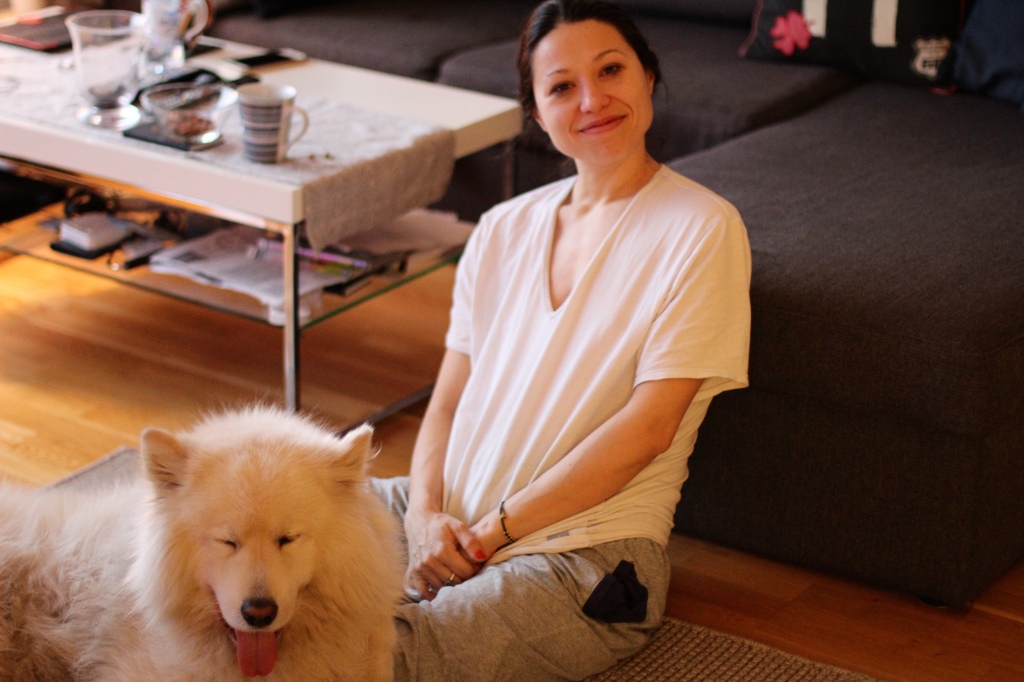 The day after, pretty hammered, make-up “still on”, snoozing and chilling with the saddest movie one could ever pick for the New Year´s- “Naked with the Wolves”. Haha! It´s almost like the “Pajama Boy”, only sadder. As a friend of mine put it a couple of weeks ago, “I treat everybody so well, except myself.” haha! What can I say?! haha! I couldn´t agree more! 😉 It´s an important movie, though, so I´d rather see it sooner than later. 😉

Happy New Year, peeps! May 2016 be a journey of growth, love and self-acceptance! And all the good superficial things that make the week days worthwhile!

4 thoughts on “The Passing into the New Year”