I took a week off (meaning I decided to say no to potential assignments) in order to move out of my apartment at my own pace. It’s going ok, but not any faster than I feared. On the contrary, it feels like keeping all this junk for so many years is a seldom display of scornfulness against oneself. I found 3 laptops from another era, my parents’ entire harvest of hazelnuts back from 2013 or something, all my curriculum compendiums from who knows when and lots of bits and bobs from when I was a poor student. 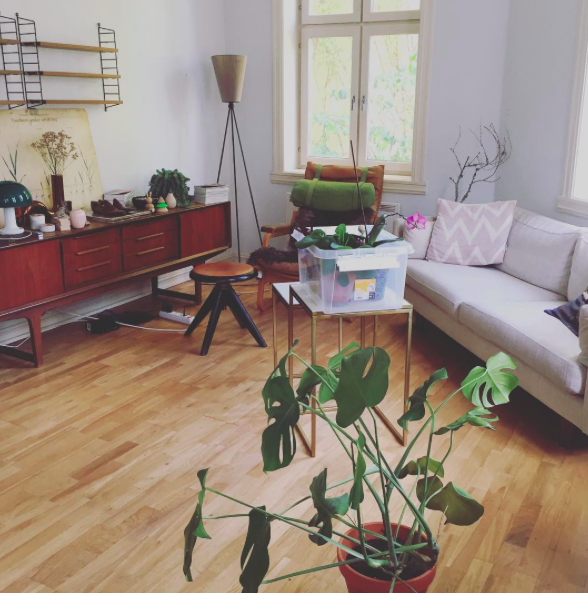 I posted lots of stuff on the internet for people to come and fetch for free, both because I like the idea of things being used again and because I have no chance to throw away that amount of stuff in the garbage. Besides, I hate people who just leave things in the street and decided I wouldn’t be one of them. I did place a big box of dvds, books and decoration stuff in the corner of the street with a tag for people to help themselves and half of it was gone in less than a day. Hopefully it’ll be empty today. 😉 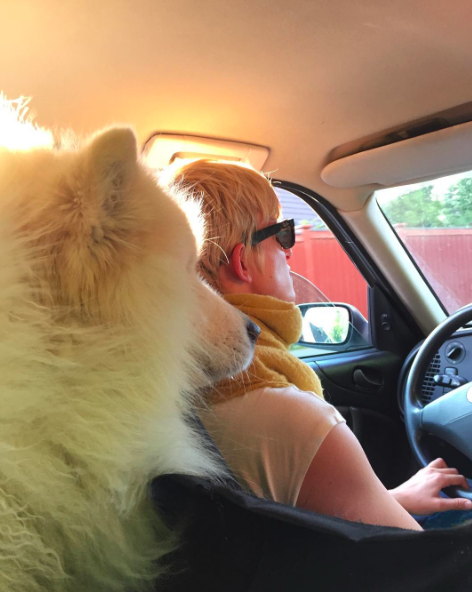 Sammy is with us this week and he’s such a sweetheart. We’re going on walks in our new neighbourhood, but he gets to chill in the old apartment with us and in the garden with the old neighbours during the day. He’s taken a particular liking to this small chap her, they were running around chasing each other for the better part of an hour yesterday. 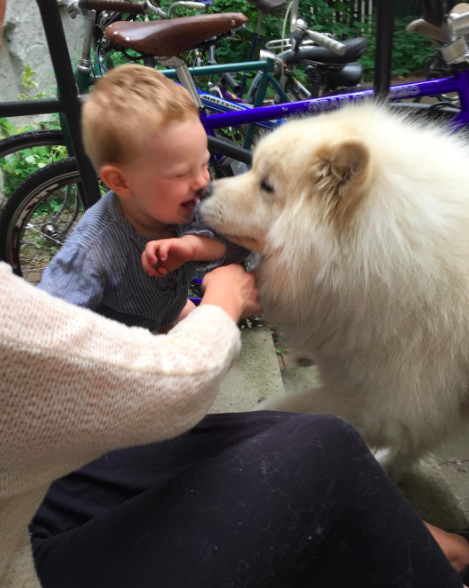 Back at F’s place, I’m trying to insert my things in his style without being “too obvious”- haha! A friend helped us move some plants and clothes and we’re getting a bit more help this afternoon, too. 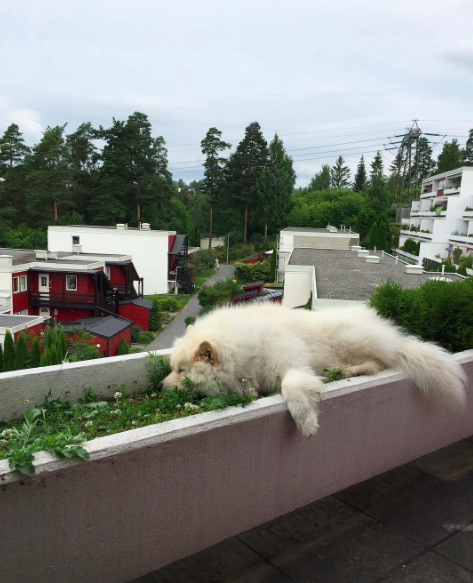 Happy to finally be able to rest, Sammy’s claiming the flowerbed as his night spot. What a dog life!

PS. I have to be out of the apartment by Sunday, so help me God!