My mom got home safe and sound today and the “kids” were happy with their gifts and the funny stories from the big “abroad”.  The white bunny and the pink body went straight home with my niece, but the fur collar beat them all. I decided to give up wearing fur, unless it´s sheep skin, it makes me uncomfortable and my husband embarrassed. It doesn´t make things better by giving it away, but I can´t undo the purchase and at least they won´t risk getting sprayed on in Romania. Enough about that.

Let me tell you more about our Sunday together. It was a nice day to spend inside with my mother and my husband since it rained most of the day and the air felt moist and damp. We all woke up early and spent the morning just dragging our feet from one room to another, having another sip of coffee, a chat and a cuddle with the pets. Breakfast was pancakes, although it was probably lunch by that time, but hey, that´s what Sundays are for, aren´t they?;-) A friend of mine had gifted us a jar of bitter cherry jam (Romanian delicatessen) and it came in handy, what a great combination with wholewheat pancakes! They were so good we needed to have a nap right after!;-)

Since yesterday was Father´s Day in Norway- we don´t have such a thing in Romania, mothers are the only ones who get to be celebrated!;-)- our friends Franck and Marion invited us to their place for a pleasant afternoon with waffles, brownies, coffee, cocoa with marshmallows and a good time. They have the nicest home, they collect those cute little metal houses and hang them up over the fireplace. Ingenious, right?

We had so much fun in spite of the communication being a bit demanding- my mother doesn´t speak Norwegian, Franck speaks little English, Vuong speaks no French and my French is seriously rusty- you can only imagine! It was quite funny, though! My mother would always tell me in high school that my French sucks, but most of my mates at school were much worse, so I guess I never believed her. Haha!

Marion joined us for Swan Lake later on that evening and boy, did we have fun! It was the St. Petersburg ballet ensemble and they were so graceful and synchronized I looked back on my two years as an amateur ballerina with nostalgia. I was never any good, lacking both the grace and the coordination, but I had great flexibility and most things came easily, which also explains why I never got any better. 😉 haha! Story of my life. Short cuts, yes please!

This being said, the Concert House was so much less appealing than the Opera, I was actually a bit embarrassed on their behalf. The music was play-back and it failed twice, just when the swans were flapping their wings! Did we laugh? Oh, yes! But we did try to smother it as best we could and got ourselves some ugly stares from the “haut-culture” neighbors. Haha! But the best part was when they decided to take a second break, without having written about it in the program, and half the room got their clothes on and were about to leave! haha! Before the swan had died! My mother was in tears of laughter, how uncultivated of them! I answered, how Norwegian of them! Anyway, it turned out it was a modern version, so the swan didn´t die at all, the sorcerer did!;-) How would you know when to leave, then? haha! Just kidding! 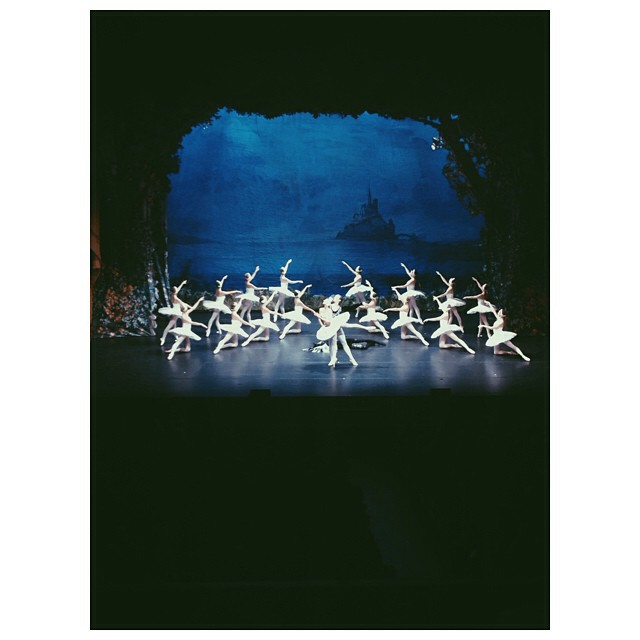 It was a memorable evening, we felt light-hearted and amused, it was one of those days it´s swell to be alive! Saying good-bye was hard, but we´re meeting my whole family  in Vienna in January, so we´ll see each other again soon enough. 😉 Have a grand week!

2 thoughts on “A Sunday with mom”